AT AN age when most people are enjoying their retirement, Datuk Dr Foo Wan Kien, 72, is still busy steering his company towards carrying out several mega projects.

His Ipoh-based City Motors Group has in recent months shifted into high gear to change the landscape of its birthplace.

“We are entering a new era as the group celebrates its 50th anniversary this year.

“We will be developing prime land throughout Malaysia and rightfully, we are coming back to Ipoh,” said Foo who owns a range of companies, which he started by selling cars and later by diversifying into the plantation, property development, aquaculture and healthcare sectors.

The group executive chairman said he has not one but five projects, valued between RM100mil and RM200mil, planned for Ipoh. Wan Kien with material detailing the projects to be undertaken by his group of companies in the near future.

“Just like the country’s first fire dragon performance, which took place in Ipoh recently and was sponsored by our group, I want to create something for my hometown to help it progress and prosper.

“This is also to enable our children to stay put, and not have to go to the Klang Valley to further their education or to look for jobs,” he said.

Top on Foo’s wish list for Ipoh is to build a new headquarters, replacing the current Foo Yet Kai Building on Jalan Sultan Iskandar in the city centre.

“The new Foo Yet Kai Building will be part of a block of apartments.

“Next to it will be a hotel and if the authorities give the approval, this will become a new landmark for Ipoh.

“There are also plans for a new entertainment outlet to be built across the road, next to SJKC Yuk Choy,” he said. 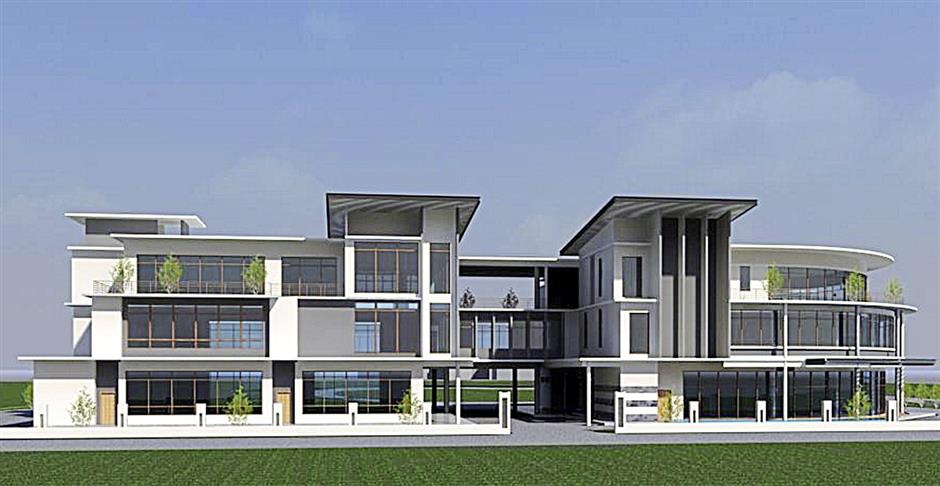 An artist’s impression of the KMC Medical Mall, which is being built on the grounds of the Kinta Medical Centre in Ipoh by City Motors Group.

Foo also excitedly revealed that Ipoh is set to have a new theme park amid a planned resort living development next to the Kek Lok Toong Temple in Gunung Rapat off Jalan Raja Dr Nazrin Shah.

“There will be rope climbing, mountain climbing, boating and lots of other activities for the public.

“It will not be very expensive as we want to ensure that everyone can afford to go on an adventure,” he said.

“Surrounded by limestone hills and ponds, it will be a place where the elderly can relax. And with the many activities planned, there is no chance to be bored,” he said.

Like his father, the late tin miner and philanthropist Foo Yet Kai, many of Foo’s efforts are channelled towards charity and helping the local community.

Kinta Medical Centre, the first private hospital in Ipoh, is owned and managed by the group.

“In 1964, my father bought the Chung Thye Phin Villa from the family of the late kapitan and donated the property to The Sister of Franciscan Missionaries for the setting up of a private hospital, then known as Our Lady Hospital.

“In 1983, upon the departure of the nuns, we took over the operations of the hospital and named it the Kinta Medical Centre.

“We will be expanding the hospital. We will be bold by making it a non-profit hospital to help people who cannot afford medical treatment,” said Foo, adding that a medical mall was being built on the hospital grounds at present.

“I will continue to do charity, just like my father.

“I believe that as you make money from society, you should also give some back to it,” said Foo, who is also looking at setting up the Foo Yet Kai Foundation in memory of his father.

The foundation is expected to benefit handsomely from a proposed RM500mil new hotel in Bukit Bintang.

“If approved, it will be the highest hotel in the Bukit Bintang area with 500 rooms and suites. It will be a trust for my future generations and partly my foundation,” he revealed, adding that plans for a RM30mil business hotel and apartments in Bangsar had also been submitted to the authorities for approval.

Despite his impressive portfolio, which includes business interests throughout Malaysia, Singapore and as far as Hong Kong, the millionaire prefers to maintain a low profile and still enjoys his breakfast of noodles at coffee shops in Ipoh Old Town.

“I am a simple man. I believe that god gave me a good life because I do not fancy fine things.

“Simple things make me happy and I do not care what people say about me. I do what makes me happy as long as I do not hurt anyone,” said Foo. 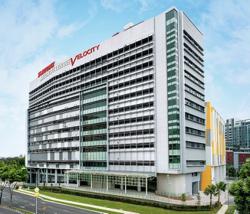