MELBOURNE: Glencore Plc abandoned plans for a controversial coal mine in Australia that would have been one of the largest in the top exporter, citing global uncertainty and its plans to phase out emissions.

The site would have produced about 20 million tonnes of coal a year, and been a major source of global carbon dioxide over its 37-year lifetime.

The move comes as major miners, including Rio Tinto Plc and BHP Group Ltd, pull away from carbon-emitting fossil fuels in favour of minerals necessary in the low-carbon energy transition, such as nickel, copper, lithium and cobalt.

Valeria was one of the largest coal mines under review by the Australian government. It’s among a pipeline of almost 30 projects. —Bloomberg 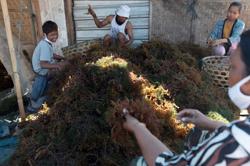