The producer price index (PPI) was down 1.3% on a year earlier, unchanged from an annual contraction seen in October, according to National Bureau of Statistics (NBS) data issued on Friday. That is slower than a 1.4% fall tipped in a Reuters poll.

The November consumer price index (CPI) climbed 1.6% from a year earlier, slowing from the 2.1% annual rise seen in October and in line with a Reuters poll.

A surge of COVID-19 cases to historic highs, a property sector slumping under huge debts and downbeat consumer sentiment have dragged on China's economy, the world's second-largest. - Reuters 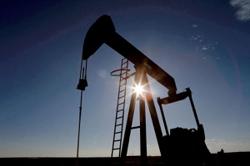