Legendary journey: The Proton Saga Hot Wheels model will be produced by Mattel Inc in conjunction with Mattel’s 40th anniversary in Malaysia. — Bernama

PETALING JAYA: Nasdaq-listed Mattel Inc expects its local unit, Mattel Malaysia Sdn Bhd (MMSB), to produce over half a billion Hot Wheels cars per annum by 2025, a 20% increase in output following its expansion exercise which is slated for completion in January next year.

“Currently, the plant has an average output capacity of approximately nine million cars per week or about 440 million cars annually, and the 20% increase in production output will translate to over half a billion cars.

“We pick Malaysia due to the degree of automation and innovation that it has, coupled with the talented human resources,” he told reporters at Mattel’s 40th anniversary celebration in Bukit Mertajam yesterday.

He said Malaysia played an important role in Mattel’s supply chain for the company’s manufacturing, tooling, and commercial operations.

Currently, MMSB employs almost 3,900 workers and its plant expansion is estimated to increase the total workforce by about 10 per cent to nearly 4,300 workers.

Soo said this expansion would also benefit Mattel Development and Tooling Sdn Bhd, which is Mattel’s second plant in Malaysia with a state-of-the-art facility for product development, digital model making, mould design, and manufacturing, that was established in 1985.

Penang Chief Minister Chow Kon Yeow, who was also present at the event, said Mattel’s decision to continue investing in Penang was a strong indication of the state’s efforts and commitment to developing a welcoming environment for industry players and positioning the state at the forefront of industrialisation.

“Throughout the years, Mattel has also succeeded in developing a thriving ecosystem for the toy industry in the Perai Free Trade Zone, across industries.

“It is heartening to see the positive spillover effects that Mattel has brought to the homegrown companies,” he added. — Bernama 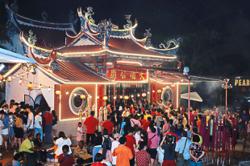 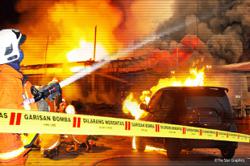