Big user: A crude oil refinery in Kochi, Kerala state. India is one of the largest importers of the commodity and oil prices have a bearing on the nation’s inflation. — Reuters

The yield ended at 7.2215% on Friday, with an eight-basis-point decline last week.

As it was evident from last Friday’s moves, traders showed their discomfort below 7.20% for the benchmark, and we may see some more uptick as oil has corrected since last week’s levels, the trader said.

Oil prices gained yesterday as the Organisation of the Petroleum Exporting Countries, and its allies, including Russia, collectively called Opec+, held their output targets steady ahead of a European Union ban and a price cap kicking in on Russian crude.

Opec+ agreed on Sunday to stick to their October plan to cut output by two million barrels per day from November through 2023. The benchmark Brent crude contract was trading 1.7% higher at US$87 (RM381) per barrel.

India is one of the largest importers of the commodity and oil prices have a bearing on the nation’s inflation, which eased to 6.77% in October.

The Reserve Bank of India-led Monetary Policy Committee is expected to hike rates by a smaller 35 basis points to 6.25% tomorrow, according to economists polled by Reuters.

A strong two-thirds majority said it was still too soon for the central bank to take its eye off inflation.

Bond yields fell last week after the US Federal Reserve (Fed) chairman Jerome Powell signalled that the central bank could slow its pace of interest rate hikes in December. 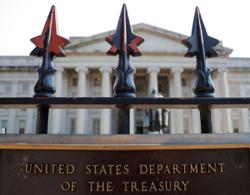