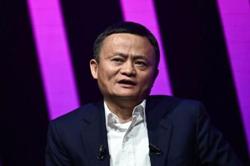 Low profile: Ma has spent much of the past six months with his family in Tokyo and other parts of Japan, according the Financial Times. — AFP

Tokyo: Alibaba founder Jack Ma has been living in Tokyo for almost six months after disappearing from public view following China’s crackdown on the tech sector, according to the Financial Times, citing multiple unnamed sources.

The billionaire has kept a low profile since the crackdown, which has included Chinese regulators scrapping the initial public offering of Ma’s Ant Group and issuing Alibaba with record fines.

But the British newspaper said he has spent much of the past six months with his family in Tokyo and other parts of Japan, along with visits to the United States and Israel.

According to the newspaper, Ma has frequented several private members’ clubs in Tokyo, and become an “enthusiastic collector” of Japanese modern art, as well as exploring expanding his business interests into sustainability.

Ma has been spotted elsewhere since he effectively disappeared from public view in China, including on the Spanish island of Mallorca last year.

In recent years, Chinese officials have taken aim at alleged anti-competitive practices by some of the country’s biggest names, driven by fears that major Internet firms control too much data and expanded too quickly.

US authorities have put the company on a watchlist that could see it delisted in New York if it does not comply with disclosure orders, causing its shares to slump. — Reuters 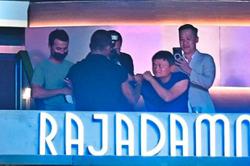