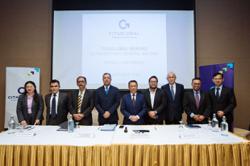 , is aiming for more jobs from the telecommunications and renewable energy (RE) sectors following its acquisition of Citaglobal Engineering Services Sdn Bhd (CESSB).

This comes after 99.99% of the company’s minority shareholders approved its proposed related-party transaction to acquire the entire stake in CESSB from Tiza Global Sdn Bhd for RM140mil through the issuance of 736.84 million new shares at an issue price of 19 sen each.

Citaglobal group executive chairman and president Tan Sri Mohamad Norza Zakaria, who also wholly owns Tiza Global, will see his stake in the listed Citaglobal increase from 16.51% to 47.03% after the completion of the exercise.

The minority shareholders also voted to approve the consolidation of every five existing Citaglobal shares into one Citaglobal share on an entitlement date to be determined later.

The acquisition comes with a net profit guarantee of RM60mil over the next three financial years, beginning from the financial year ending Dec 31, 2022 (FY22) to FY24, the company said in a statement.

“We have now achieved profitability after 14 consecutive quarters of losses. This year, we are going to register a profit and there is no turning back from the management’s view,” Norza said at a briefing yesterday.

“When I came in, it was like going into a house that was quite out of order – the company had issues with cash and had registered huge losses.

“At that time in early 2020, I had to turn around (the company). So I did the necessary with a new team including a rebranding exercise by changing the company’s name,” he added.

He said the profit position came about after these turnaround efforts in Citaglobal.

“Moving forward, we are very confident of securing projects worth RM1.5bil to RM1.6bil – if not all but most of them.

“There are a few parts to this – projects that have already been secured but it is not appropriate yet to disclose because of government regulations.

“One of these include the KL Northern Dispersal Expressway, which is waiting for the signing of a concession agreement anytime soon. We have the rights to undertake the construction of this project,” he added.

With the completion of the CESSB acquisition by the fourth quarter of 2022, Citaglobal said its order book will effectively increase from RM754.5mil to RM984.7mil.

Citaglobal said its order book includes the RM373.5mil engineering, procurement and construction contract for the Perlis Inland Port that was secured on Aug 30, 2022.

It said in a statement that it would like to eventually transform into a conglomerate involved in RE, facilities management, telecommunications, infrastructure and technology sectors.

Norza also said the company would like to capitalise on opportunities from the country’s 5G network rollout.

“We are keen to participate in developing 5G telecommunication towers across the country. CESSB is a licensed Network Facilities Provider with experience in installation and erection works.

“Citaglobal plans to participate in certain identified projects within the construction and telecommunications sector,” he said.

to develop battery energy storage management systems to store and manage excess power during the generation of RE.

It said in a statement that both parties will enter into a definitive agreement within one month for this purpose, with an automatic extension of one month or such extended period no later than six months from the date of the collaboration agreement.

This definitive agreement will see a special-purpose vehicle eventually being formed based on a 50:50 shareholding between both parties, the statement said.

“This collaboration marks our entry into the RE industry, which will be an important growth area for the company, moving forward. We are delighted to partner with Genetec for this project.

“With Genetec’s expertise in the electric vehicle and energy storage segment – underpinned by its unique blue-chip customer base – we are confident that together, we will play a major role in greening Malaysia.

“Battery energy storage management is just one of the RE segments we are looking into,” Norza said. 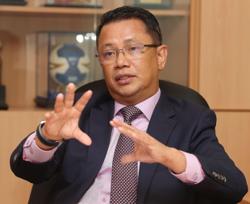