All eyes on Mulpha takeover bid 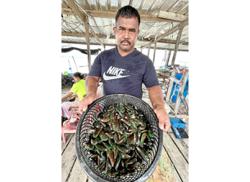 “Minority shareholders are advised to wait for the report and recommendations of the professional independent advisers so that they may be able to make an informed decision,” said Minority Shareholders Watchdog Group chief executive officer Devanesan Evanson

PETALING JAYA: The takeover offer by the Lee family for Mulpha International Bhd

confirms the notion that bearish market conditions can lead to more privatisations or buyouts of public listed companies.

That, in turn, is premised largely on the fact that many listed companies are trading at gaping discounts to their underlying values.

Selangor Properties saw two revisions for its offer price through a selective capital reduction exercise by promoters. The offer price was revised from RM5.70 per share to RM6 and lastly to RM6.30 a share.

The offer price was nonetheless below its revised net asset value (NAV) of RM8.28 per share.

TA Enterprise Bhd issued an unconditional mandatory takeover offer for the remaining shares back in 2020, at an offer price of 66.5 sen per share. The takeover was by major shareholder, Datuk Tiah Thee Kian, who held a 77.7% stake at the time of the offer.

In Mulpha’s case, last Friday, the Lee family made a general offer for the shares it doesn’t own at a price of RM2.30 a share. The Lee family, through various vehicles, own 50.2% of the company.

What stands out in Mulpha’s case is the gaping discount of its NAV, which stood at RM11.21 per share as at its latest quarterly result, to the RM2.30 offer price.

That Mulpha’s stock trades at a huge discount to its asset values is no secret and has been the case for years.

Minority shareholders will find themselves caught between a rock and a hard place. That is because even though their company has such valuable assets, the stock price of their company never trades close to those values.

It should also be noted that many of Mulpha’s key assets have not been revalued.

One such asset is InterContinental Sydney Hotel, Australia, which carries a book value of RM689mil but which has not been revalued since 2004.

It has been undergoing refurbishments worth A$100mil (RM301mil) since early 2021.

In its 2021 annual report, Mulpha International chief executive officer Gregory David Shaw said the completion of the renovation works is timely as it coincides with the Australian government’s announcement to reopen its borders for international travel.

“This positive catalyst for the hospitality and tourism economy is expected to see a gradual recovery to pre-pandemic levels of tourism for markets apart from China, one of Australia’s largest inbound markets which remains closed for outbound travel,” he said.

Another significant asset of the group is the 1,765-acre Leisure Farm Resort in Johor that is well known for its award-winning estates and residences. Its book value of RM568.77mil has not been revalued since 1991.

Apart from the Nesuto Stadium Apartment Hotel that is located in New Zealand, the rest are found in Australia. The most valuable of these assets is Sanctuary Cove that has a book value of RM502mil.

Sanctuary Cove, which is situated at Australia’s Gold Coast, spans across 69.9 hectares and consists of an integrated resort with a hotel, shopping, office and retail lifestyle precincts. The development also includes amenities like a marina and championship golf courses.

Mulpha continues to develop and sell properties in Sanctuary Cove.

Revenue and profit contribution from Mulpha’s property segment rose in FY21. The segment’s revenue rose by RM90mil year-on-year (y-o-y) to RM435mil, while pre-tax profit went up by RM133mil y-o-y to RM211mil.

Full-year revenue and pre-tax profit for Mulpha in FY21 amounted to RM787mil and RM439mil, respectively.

The rise in contributions from the property segment were largely due to higher property settlements from its Sanctuary Cove development.

“This was backed by robust demand from buyers that outpaced the volume of new listings coming onto the Australian market and Australian historically-low interest rates,” Mulpha’s 2021 annual report states.

So what can Mulpha shareholders do?

Minority Shareholders Watchdog Group chief executive officer Devanesan Evanson told StarBiz that there is seldom a direct correlation between a company’s NAV and its share price.

“Minority shareholders are advised to wait for the report and recommendations of the professional independent advisers so that they may be able to make an informed decision,” he said.

Devanesan added that the share prices of companies have a better correlation to the profits that the companies report.

“Share price is a product of demand and supply in the market as well as market sentiment. Companies must place more focus on profitable performance and not be too fixated by the share price.

“Compared to share price, which is determined by the market, a company’s performance is within its control. If a company performs, the market will reward it through better share prices, all things being equal,” he said.

Interestingly though, the offerors of the takeover, namely the Lee family, intend to keep Mulpha listed. This is why it is speculated that the rationale for the offer could be merely to consolidate the shareholding of the Lee family in Mulpha.

At present, their collective 50.02% is held by various vehicles. The offer has been made by one entity owned by them. 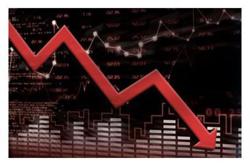