of any wrongdoing in its investment in Fortis Healthcare, there could be upsides to the group's earnings potential.

RHB Research said in a report the Supreme Court had declared IHH was not guilty of any wrongdoing pertaining to the Fortis Investment, and disposed of the contempt of court petition.

It noted however that the current court decision on the acquisition of RHT Health Trust by Fortis remains an overhang as the High Court can still initiate a forensic audit it if deemed the transaction inappropriate.

In the interim, IHH is in talks with the relevant authorities to determine the next course of action in pursuing the mandatory takeover offer for the remaining 26% stake in Fortis.

"IHH reiterated its commitment to honour the MTO once the relevant authorities grant the approvals," said RHB.

The research firm said it is upbeat on the developments given the near-term hurdles for IHH have been cleared.

However, it said the lingering RHT-Fortis deal could continue to weigh on near-term investor sentiment until the final court order is released.

Based on back-of-envelope calculations, RHB said the 17% sell-down in Fortis' shares since Sept 21 is unreasonable given the implied correction should only be 1.3%.

"Prior to this selldown, the firm accounted for 7.7% of IHH’s market cap based on the latter’s 31% stake in the former," it said.

RHB added that it maintained its equity holdings assumption for Fortis at 31% in its sum-of-the-parts valuation.

"We make no changes to our earnings estimate pending confirmation from the deal.

"We reiterate our BUY call and MYR7.42 TP, as we have incorporated a 0% ESG premium/discount to our intrinsic value. 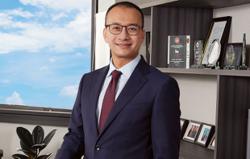