Ranhill likely to get boost from water tariff hike 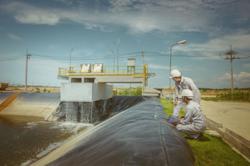 ’s share price may be close to bottoming with several key catalysts including the removal of a delay in an anticipated tariff hike supporting it.

MIDF Research in a report to clients said having seen significant retracement in the past year, it thinks Ranhill’s share price is close to bottoming with the contraction in its water subsidiary’s earnings reflected in a consensus earnings’ revision.

“A key overhang for Ranhill has been the delay in a tariff hike for its 80%-owned Ranhill SAJ Sdn Bhd (RSAJ) which has been overdue since 2015.

“However, the Federal Government had in late-July approved a nationwide water tariff increase for the non-domestic sector,” it said in a report.

MIDF Research said it anticipated several key catalysts for the company in its financial year ending Dec 31, 2023 (FY23) including the materialisation of a tariff hike for RSAJ, Ranhill’s LSS4 project to reach commercial operation date latest by December 2023 and the completion of the Sabah grid upgrade in FY23.

Via its two power plants in Kota Kinabalu (West Sabah) and with a combined 380 megawatt (MW) capacity, Ranhill stands as the largest independent power producer (IPP) in Sabah with a 29% share of Sabah’s estimated total capacity of 1320MW, it noted.

“We believe the group is well positioned to benefit from higher dispatch by West Sabah IPPs once the West-to-East Sabah grid upgrade works is completed next year,” MIDF said.

It said this will be boosted by a post-pandemic recovery in water volumes at the non-domestic segment that pays higher tariffs, and a hike in non-domestic water tariffs.

At last look, Ranhill was at 40.5 sen apiece valuing the whole group at RM525mil.