(Maybank) has won five awards and topped two polls for 2022 at the Asiamoney Awards 2022.

The bank displayed its strength across the group’s franchise namely its consumer and whole businesses in Malaysia and international footprint by securing the recognition of Best International Bank in Cambodia.

In a statement, Maybank said it was named the ‘Most Outstanding Company in Malaysia – Banking Sector’ for the second consecutive year under Asiamoney’s annual Asia’s outstanding companies poll.

Close to 1,000 fund managers, buy-side analysts, bankers and research analysts were polled for companies listed across 12 markets in Asia, with 175 companies recognised for their outstanding performance in their respective sectors and markets.

The group’s win in diversity and inclusion is driven by its longstanding commitment in this area, measured by its inclusion in Bloomberg’s Gender Equality Index for the last five years and considering that Maybank is the only financial institution in Malaysia to be included in the index.

It ranked top in the Dealogic Malaysia equity capital markets league tables, with a 26% market share, completing four of

Maybank Cambodia was chosen for the third consecutive year as the Best International Bank in Cambodia given its impressive growth as one of the leading foreign banks in terms of assets, customer deposits and returns, its unmatched internet banking capabilities in Cambodia and its digital strengths leveraging the parent group as well as its initiatives to improve the local market, especially in support of local small and medium enterprises (SMEs).

“We have pioneered many digital and sustainability offerings to help our customers transition into an increasingly digital and green economy over the last few years and our efforts have shown our leadership position in Malaysia as well as in the region.

“We will continue to deliver progressive solutions and offerings premised on our commitment of listening to customers’ needs at all times across the markets we serve in line with our mission of humanising financial services,” Khairussaleh said. 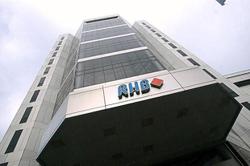