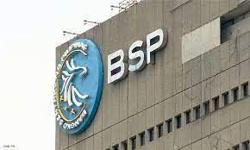 BANGKOK: Thailand’s acting prime minister, who earlier this week called for measures to halt the baht’s slide, says the government won’t meddle with the central bank and how it handles the currency.

Prawit Wongsuwan, who is leading the government after a court last month suspended Prayuth Chan-Ocha, said he directed Finance Minister Arkhom Termpittayapaisith to “only talk” to the Bank of Thailand about the baht’s recent slump. That’s a walk back from remarks on Tuesday when he said he wants the baht back at 35 to a dollar.

Arkhom, a technocrat-turned minister, was more cautious in his comments, saying the government has a limited role in shielding the currency.

Finance ministry officials, who are scheduled to soon meet with central bank executives, “will just show our concerns” about the impact of a steep baht weakening on the economy, Arkhom told reporters Wednesday, stressing that the central bank was in charge of the currency. — Bloomberg