PETALING JAYA: Airlines are likely to allocate more seat capacity to cater to the growth of international air passengers now that air travel is picking up strongly.

More international airlines are also flying into Kuala Lumpur International Airport (KLIA) with the reopening of borders and this is a segment that will yield higher profit even though there is a shortage of air crew.

For its Malaysian operations, MAHB’s total passenger movement contracted by 14.1% month-on-month (m-o-m) to 3.9 million, as the strong recovery in international traffic post-border reopening was insufficient to mitigate the decline in domestic traffic.

For its operations in Istanbul via ISG, it recorded three million passenger movements in July 22, representing a y-o-y growth of 0.4%.

Overall, the research house said that the moderation of growth in July was not surprising after surging for the 17th straight month.

However, it is concerned about the inflationary pressure and recession risks in the European Union, which may hamper the growth going forward.

The research house made no changes to its financial year 2022-24 earnings projections. It maintains its “hold’’ on the stock with an unchanged price of RM6.89 per share.

Earlier, UOB Kay Hian Research said with the steep passenger traffic recovery, it envisages that the aviation sector is well-positioned to resurrect its pre-pandemic earnings dynamics.

It prefers MAHB as its sector’s top pick for its attractive valuations and event catalysts. It maintains a “market weight” call on the stock with a target price of RM7.52 a share while Capital A Bhd 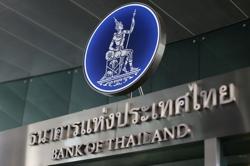