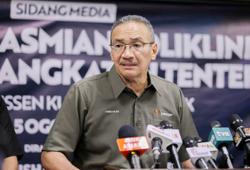 Notwithstanding the LCS link, Rakuten Trade head of equity sales Vincent Lau said BHB is trading at a “commendable” level since its low of 52.5 sen in mid December last year and historic low of 34.5 sen in 2020.

Notwithstanding the LCS link, Rakuten Trade head of equity sales Vincent Lau said BHB is trading at a “commendable” level since its low of 52.5 sen in mid December last year and historic low of 34.5 sen in 2020.

“Investors see the value in the stock due to its banking and plantation assets which would do fairly well this year.

“Its plantation division is also expected record good profits although crude palm oil prices have fell from its peak, but still at a firm level,” he told StarBizWeek.

While the LCS link may dampen investor sentiment, Lau noted BHB is trading at a discount to its asset value, which may lure investors into buying the stock.

MIDF Research is positive on Affin Bank’s prospects as it is undergoing major revamp of its services as well as divestments which seeks to improve return on capital employed.

The research house said the bank is focused on growing its loan book in quantity and quality with the proceeds from recent asset sales.

The bank will use the cash proceeds from sale of its asset management business to build up its loan book, and strengthen capital reserves.

Affin Bank made a significantly higher net profit of RM527mil in financial year 2021 with MIDF expecting the bank’s performance to continue improving with better asset quality.

Kenanga Research likes mid-caps such as BPlant for its generous dividends payout underpinned by the strong palm oil prices.

The company, in its exchange filing, stated the overall positive results were mainly due to a one-off gain from the disposal of plantation land of RM364.1mil, as well as continued robust performance by almost all the divisions.

Given the announcement by the government to continue with the LCS project, the diversified group expects the financial situation of Boustead Naval Shipyard to improve, and by extension the BHIC group as well.

BHIC expects its existing contracts to maintenance, repair and overhaul would have a positive impact on its earnings in the upcoming quarters.