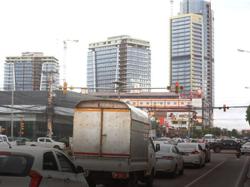 KUALA LUMPUR: Malaysia's economy expanded 8.9% year-on-year in the second quarter of 2022, which was significantly higher than the median expectation of 6.7% growth by a Reuters poll of economists.

The improved performance compared to growth of 5% in the first quarter of the year, and brought 1H22 gross domestic product growth to 6.9%.

According to Bank Negara, domestic demand in the country continued to strengthen, underpinned by a steady recovery in labour market conditions and ongoing policy support.

"The higher growth was also reflective of normalising economic activity as the country moved towards endemicity and reopened international borders," it said in a statement.

On a quarter-on-quarter seasonally-adjusted basis, the economy increased 3.5% as compared to 3.8% in 1Q22.

On outlook, Bank Negara governor Tan Sri Nor Shamsiah said the Malaysian economy is projected to expand further for the remainder of the year.

"While external demand could face headwinds from slower global growth, the Malaysian economy will continue to be supported by firm domestic demand.

Over the quarter, headline and core inflation increased to 2.8% and 2.5% respectively due to an improvement in demand conditions amid the high-cost environment, with price increases driven mainly by food away from home and other food items.

Nor Shamsiah said the headline figure is expected to trend higher in some months over the remainder of the year due partly to the base effect from the discount on electricity prices implemented in 3Q21.

She added that core inflation is also expected to average higher in 2022 as demand continues to improve amid the high-cost environment.

"The extent of upside pressures on inflation is expected to remain partly contained by the existing price control measures, fuel subsidies and the continued spare capacity in the economy.

"Nevertheless, the inflation outlook continues to be contingent on upside risks stemming from the strength of domestic demand, global price developments, and domestic policy measures," she added.