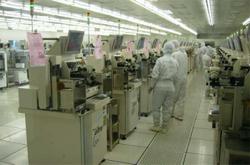 BEIJING/HONG KONG: A Chinese property think tank owned by KE Holdings apologised on Thursday for sparking a "heated public discussion" with its report on rising housing vacancy rates in China, and said its assessment may not be sufficiently accurate.

The apology comes at a time when policymakers are urging banks to extend loans to property firms and local governments are relaxing downpayment rules for home purchases as sales and confidence sag amid weak macroeconomic conditions.

A growing debt crisis in the real estate sector, which accounts for a quarter of the world's second-largest economy, has also raised risks of social instability.

Beike Research Institute published a report on Aug. 5 after conducting a survey warning of oversupply due to high rates of unoccupied homes in major Chinese cities.

The report said the average housing vacancy rate in 28 major cities is higher than in the United States, Canada, France, Australia and Britain, with a 7% vacancy rate in tier-one cities including Beijing, and 12% in tier-two cities.

But in a statement published on its WeChat account on Thursday, it said the methodology used had led to inaccurate data.

"The survey takes whether a home has been unoccupied for three straight months as an indicator, which does not fully reflect the real situation," it said.

Among the problems highlighted, it said there were deviations in survey responses, the samples and procedures were not standardised enough, coverage was not as comprehensive and some data was collected incorrectly.

"We will cross-check the accuracy of the data with the housing, water and electricity departments," it said.

The report could worsen sentiment in the distressed property market where some cash-strapped developers have defaulted on loans and bond repayments and homebuyers in several cities have refused to pay their mortgages due to unfinished homes.

Beike declined to provide further comment when contacted by Reuters. The report is no longer available on its official WeChat account.

China does not provide official data on home vacancy rates, and the findings by researchers vary.

Southwestern University of Finance and Economics in Chengdu, Sichuan, said in a 2018 report the home vacancy rate in urban areas across the country in 2017 was 21.4%, up from 18.4% in 2011. It cited data from its China Household Finance Survey and the National Bureau of Statistics.

Investment bank China International Capital Corporation Limited in a report estimated a vacancy rate of 12.1% in urban areas in 2017.

It gave the rate for cities, excluding villages, of 9.7%, which was "significantly lower" than mature markets such as the United States and Japan.

Zhang Dawei, chief analyst at property agency Centaline, said the vacancy rate should be published by the government.

"It is impossible for a private institution to get real data, such data needs to be released with caution, which easily causes market panic," Zhang said.

A Weibo post by financial news outlet Yicai on Tuesday that cited the report showed 56,000 "likes" and 6,017 comments in one day.

Others suggested more had to be done to bring prices down.

"The real estate market is in deformity, resulting in ridiculously high prices and vacant homes in many places," commented one netizen.

"If prices don't come down, it'll be hard to raise people's feelings of harmony," another lamented.

In another thread with the hashtag "apology from Beike on high vacancy rate", which attracted over 38 million clicks by mid-afternoon, one netizen said: "(Beike）got a warning from relevant authorities". - Reuters