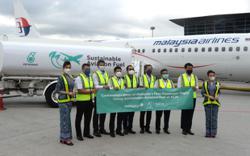 (PDB) is planning to expand its non-fuel portfolio in the food and beverage (F&B) business, aiming to open 50 Cafe Mesra at Petronas stations nationwide by year-end.

PDB’s vice-president and managing director/chief executive officer, Azrul Osman Rani said the opening of Cafe Mesra marked another milestone for the group in the retail space, adding that currently, the cafes are strategically located at 12 Petronas stations around the Klang Valley and Bandar Baru Nilai, Negeri Sembilan.

He noted that in the last two years, the retail oil and gas sector experienced several disruptions, and the company had not been spared from being affected by the challenges.

Nonetheless, the company continued to seize new opportunities to grow its business in the F&B space, innovating its offerings and consequently launching Makan@Mesra in 2020 which received an encouraging response from the people.

"Now that we are transitioning to the endemic phase, we are ready to take this venture to the next level by introducing Cafe Mesra, our very own cafe that further complements our customers' lifestyle,” he said in his welcome remark at the launch of Cafe Mesra here today.

Mesra Retail and Cafe Sdn Bhd (Mesra) chief executive officer, Ian Malcolm Cruddas told Bernama that the group had allocated capital expenditure (capex) of between RM70,000 and RM100,000 for each Cafe Mesra, depending on the concept and size of the cafe.

The allocation for each cafe depends on whether it would be a drive-through, a kiosk or a customised store, with sizes ranging from as small as 300 square feet or as large as 1,500 square feet.

"We expect the cafes to be a considerable part of our business and generate a significant amount of income, but I cannot put an exact number on it at this moment.

"We expect a large outlet to contribute about a third of the total stores' sales and it varies significantly,” he said.

Cruddas also shared that the group also aspires to open up at least 500 cafes at Petronas station nationwide over the next three to four years.

He added that at the current stage of the cafe journey, all Cafe Mesra are company-owned and operated, and the teams are recruited under Mesra.

However, moving forward, the company might consider franchising the business to some of its dealers.

On Mesra’s partnership with other franchise cafes such as Starbuck and Tealive brands, he said that both are very important partners for the company.

"Starbucks is a good important partner and they are now in over 20 of our stores. Tealive has a joint venture arrangement with us and they are in about 160 of our stores now, but we do not see them as mutually exclusive, they have got very different positioning of their brands.

"We are trying to find the middle ground by focusing on Malaysian food and cuisines,” he said.

For Cafe Mesra, Cruddas said the company had decided to take a distinctive approach by focusing on ready-to-eat and ready-to-cook food, as well as offering Cafe Mesra’s very own unique blend of barista coffee.

"We have got a very clear objective for Cafe Mesra, as we want to be one of the market leaders in the coffee business

"Over time, we will expand our food variety, so that will become the place to get your meals, whether for lunch or a takeaway for dinner,” he added. - Bernama 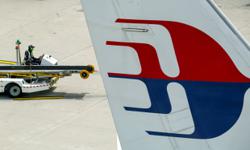