On the rise: Prospective students of Harrow Appi hike near the school’s campus in Hachimantai. Total tuition fee for international schools in Japan is on track to reach US$979mil (RM4.31bil) in 2022, from US$766mil (RM3.37bil) five years ago. — Bloomberg

AN international school building boom is underway in Japan, fuelled by top-shelf names in education seeking to attract the children of wealthy Asian families, especially from China.

Famed British institutions Harrow, Rugby School and Malvern College are setting up campuses in the island nation, with more than 3,000 new student slots to be added over the next few years, the biggest expansion in international education in the country since 2018.

With annual tuition that can cost as much as 9.3 million yen (US$68,250 or RM300,300), they’re betting that scions of the well-heeled will be lured by lush green campuses, an international curriculum and a rich activity menu.

That’s in contrast to China, where ongoing pandemic curbs and a crackdown on private education are pushing families out - both expatriate and local.

“We were looking for opportunities outside of China,” said Mick Farley, the new headmaster at Harrow International School in the Japanese ski town of Appi.

Farley oversaw Tokyo’s British School more than a decade ago before joining Harrow’s.

The London school, which boasts as alumni former British prime ministers and several royals, was already expanding its footprint in Asia, and China in particular.

But “the educational offering in China has become very complex; more regulated, more controlled in terms of international schools and bilingual private schools,” he said.

In August, 180 new students will arrive at the school, which offers full board, access to ski slopes and a golf course, at an annual tuition starting at 8.5 million yen (RM274.98).

Farley expects a significant number to be Chinese, where authorities have clamped down on expensive educational efforts and ostentatious displays of wealth.

Earlier this year, Harrow Beijing – set up specifically to cater to rising demand from Chinese nationals, who aren’t allowed to attend registered international schools – changed its name after the government banned schools catering to Chinese students from using foreign names and words such as “global” or “international” in their titles.

The Harrow International School in Beijing, which only accepts foreign passport holders and attracts mainly expatriates, was unaffected.

Until the crackdown, enrollment China’s locally-owned institutions with foreign-school branding was growing by more than 10% annually, according to ISC Research, and educational data provider.

China’s Covid-Zero policy is also a driving factor, with the possibility of extended lockdowns and remote learning still very real more than two years since the start of the pandemic.

In contrast, Japan has been slowly reopening while maintaining the developed world’s lowest Covid death toll.

Japan’s government has also been dangling incentives to attract private schools, with policies making it easier for investors to obtain tax breaks and simplifying the procedures to open offices and obtain visas.

The Financial Services Agency has also revealed plans to help match properties for top international schools considering entering the market and is has even floated the possibility of granting loans for investments.

“Wealthy families are probably recognising the downside of being in China and Hong Kong and looking into moving families out,” said Manabu Murata, head of Seven Seas Capital Holdings, an investor and consultant to international schools in Japan.

“Schools like Harrow appear to want to pick up that market. They are also hoping that families will eventually invest in the local community, such as buying a house nearby.”

While international schools have long been a niche offering in most countries, they have grown in size and influence over the years, making up a US$53.5bil or RM235.4bil global market.

But as they have spread, so have concerns about how they are perpetuating the notion that a Western education taught by Caucasian teachers and administrators is preferred above all, justifying a hefty price tag.

Still, that growth is luring other types of investors. Hakuba International School, founded by former Goldman Sachs Group Inc banker Tomoko Kusamoto, will open its doors this summer with a curriculum focused on sustainability.

The first matriculating students will be almost all be Japanese due to the country’s border controls, which only started easing this year. Eventually, a majority of its pupils will come from overseas, according to Kusamoto.

NUCB International College, a boarding school with capacity for 225 students, is affiliated with a local university and will open in September in Aichi, in central Japan.

Mitsui Fudosan Co recently unveiled plans to host an international school next to Tokyo Station, scheduled to open in 2028, as part of a broader development project.

Built on property from Bunka Gakuen University, Malvern will offer the International Baccalaureate programme and eventually expand to 950 students from elementary through high school.

Malvern, which also has schools in Hong Kong, China, Egypt and Switzerland, will start as a day school with plans to eventually offer boarding.

With competition for students heating up, the new international schools are going all out in terms of campus facilities, offering learning environments that virtually any public school would struggle to match.

Headmaster Farley says the school has been having success attracting Chinese parents, including from Taiwan and Hong Kong.

One Chinese father, who plans to send his son and daughter to Harrow’s in Japan, said he was attracted by the school’s “great reputation.”

Asking not to be identified, the long-time Japan resident and Fukuoka-based business owner said he gave up on moving his wife and two children to Singapore for schooling, and decided Japan was a better option.

“It worked out so well for our family,” said the father, who is thinking about buying a house near Harrow’s campus to make visits easier.

“My friends in China are envious that my kids got into Harrow. Japan is close, culturally similar and safe, so it’s really attractive for wealthy class in China, who are all eager to send children abroad to study.” — Bloomberg

Kanoko Matsuyama writes for Bloomberg. The views expressed here are the writer’s own. 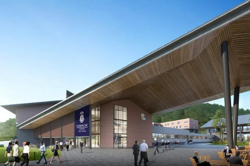