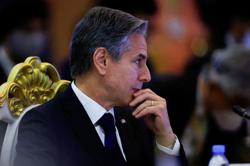 Multiple risks: A container vessel is seen anchored at the Pasir Panjang terminal port as cable cars pass by in Singapore. Regional export is seen to be weighed down by high shipping costs and long delays. — AFP

SINGAPORE: Singapore’s economy will grow less this year than previously estimated and may expand at a much slower pace in 2023, says a report by the Asean+3 Macroeconomic Research Office (Amro).

The republic’s gross domestic product (GDP) will increase by 3.9% in 2022 after advancing by 7.6% a year earlier, Amro said in its July update of the Asean+3 Regional Economic Outlook report released yesterday. Growth in 2023 is likely to come at 2.4%, the report said.

In its April update, the regional research organisation had tipped Singapore’s economy to grow by 4% this year and 2.6% in 2023.

Amro blamed the war in Ukraine, China’s struggle with Covid-19 and tighter global financial conditions for the cut in Singapore’s growth outlook.

The same reasons led the organisation to lower its growth estimate for the region as well.

Amro said the region – which includes the 10-member Asean group plus China, Japan and South Korea – will grow by 4.3% this year, down from its previous forecast of 4.7%.

Hoe Ee Khor, Amro’s chief economist, said: “Just as the Asean+3 region is starting to emerge from the Covid-19 health crisis, the protracted war in Ukraine and persistent inflation in the United States have ushered in a new set of challenges for policymakers.

“Navigating this formidable environment, Asean+3 policymakers are now facing difficult policy trade-offs as they balance the need to sustain the growth momentum while containing the inflationary pressure,” Khor added.

The report said the war in Ukraine and sanctions on Russia are set to persist and will continue to exacerbate global supply chain woes that have led to higher global prices for fuel and food, causing inflation to accelerate across Asean+3.

In the United States, surging prices have caused the Federal Reserve to raise interest rates at a faster than expected pace, which has raised concerns of an imminent recession.

Financial markets have sold off and risk aversion has spiked, leading to capital outflows from emerging markets.

The recent lockdowns in China have compounded the pressure on supply chains by constricting port activity and limiting the production of intermediate goods. According to the latest trade data, the region’s exports have slowed in both value and volume terms.

Amro said risks to the growth outlook for the region, where most economies are net oil and gas importers, have increased since its last assessment in April.

“The likelihood of a quick resolution to the war in Ukraine has all but evaporated in the last three months.

“This will amplify existing risks to the region’s outlook as commodity prices stay elevated and supply chains continue to experience disruptions,” it said.

Amro said export will be weighed down by high shipping costs and long delays as supply chains and trade routes are reconfigured in response to evolving sanctions on and by Russia.

“A sharper-than-expected slowdown in China is also among the list of downside risks confronting the region.”

Singapore’s Minister of State for Trade and Industry Alvin Tan told Parliament that growth will slow this year and next but the republic will avoid recession or stagflation.

He said growth in 2022 is likely to come within the lower half of the Trade and Industry Ministry’s forecast range of 3% to 5%. — The Straits Times/ANN 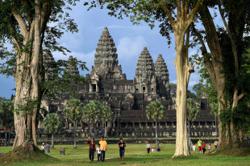 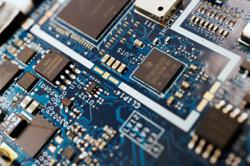