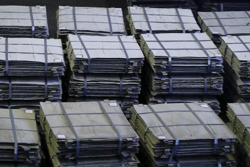 The world’s largest automaker by sales said it produced 634,940 vehicles globally in May, 5.3% fewer than in the same month last year and short of its target of about 700,000 – the third consecutive month it has missed its monthly output goal.

TOKYO: Toyota Motor Corp’s global production for the first five months of 2022 fell 9.7% short of its own target on average, raising questions about whether the Japanese automaker will be able to maintain its current fiscal production target.

The world’s largest automaker by sales said it produced 634,940 vehicles globally in May, 5.3% fewer than in the same month last year and short of its target of about 700,000 – the third consecutive month it has missed its monthly output goal.

It has stuck to its target of a record 9.7 million vehicles for the year ending March 2023 but has floated the possibility that its production plan “may be lower”.

Toyota, which fared well during the earlier months of a global semiconductor crunch due to its large stockpile of chips, has repeatedly cut production this year as it faced shortages of key chips and components as well as supply disruption due to Covid-19 containment measures in China.

For June, the automaker has twice downgraded its production target.

The automaker has already called April-June an “intentional pause” in production to relieve the burden on its suppliers.

Europe was among regions where production increased because it was not hit as hard by the chip shortage.

Production also rose in countries including Thailand and Indonesia which were significantly affected by Covid-19 outbreaks last year.

Toyota in mid-April said it planned to produce 750,000 vehicles in May but soon lowered that by 50,000 due to Covid-19 lockdowns in Shanghai.

Toyota had recently cut its stake in Uber Technologies Inc by about half after the ride-hailing giant divested the autonomous driving unit at the centre of their collaboration.

The development of vehicles related to automated driving was one of the main objectives of Toyota’s investment in Uber. 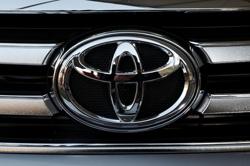