By ANGELIQUE CHEN and KRYSTAL HU

Soaring stock: A billboard owned by Revlon is seen in New York. Retail investors’ fascination with Revlon has pushed its shares up by more than 300% since it filed for bankruptcy 11 days ago. — Reuters

EVEN for a veteran meme stock trader like Mike Minutelli, Revlon Inc is a wild bet.

The 30-year-old plumber from Oxford, North Carolina, scored a 350% profit last week by selling half the shares in the US cosmetics maker he bought after it filed for bankruptcy protection on June 16.

He thinks he can make even more by holding on to the rest of his shares through the bankruptcy.

Minutelli dabbles in shares such as GameStop Corp and AMC Entertainment Holdings Inc – dubbed meme stocks because of their popularity with retail investors.

He was emboldened by the success that individual investors enjoyed with another bankrupt company, Hertz Global Holdings Inc, that defied Wall Street’s conventional wisdom.

Retail investors who bought Hertz shares after it filed for bankruptcy in May 2020 ended up with handsome profits when a group of investment firms offered US$6bil (RM26.4bil) a year later to take over the car rental firm.

Minutelli said he hoped the same would happen with Revlon.

“If there is a buyout at a higher price, then all of the people shorting the stock have to cover their position,” he said, noting he had spent “a few hundred dollars” to bet on Revlon.

Retail investors’ fascination with Revlon has pushed its shares up by more than 300% since it filed for bankruptcy 11 days ago.

It is unusual for a bankrupt company’s shares to trade in such a way, because investors usually worry that its assets will be insufficient to settle the claims of creditors and suppliers to leave equity holders with any value.

But retail investors, who often exchange ideas and organise on social media platform Reddit, were emboldened when those who invested in Hertz got lucky.

Hertz suffered a major blow at the onset of the Covid-19 pandemic when travel shut down and demand for its cars plummeted.

But by the time the company exited bankruptcy a year later, vaccines had become available and travel was reopening.

Private equity firms and hedge funds got into a bidding war for Hertz which resulted in a deal that delivered about US$8 (RM35.23) per share for meme stock investors, most of whom had paid US$2 to US$5 (RM8.81 to RM22.02) per share.

Revlon has said it was forced to file for bankruptcy not because its products are unpopular, but because of supply chain issues, labour shortages and raging inflation.

The investors hope these problems will go away by the time its bankruptcy protection ends in April 2023, and that someone will swoop in to buy Revlon and deliver them a windfall.

“My rationale was that Hertz got bought out of bankruptcy, and I think investors will do the same thing with Revlon,” said Justin Benchtold, a 41-year-old retail sector worker in Asheville, North Carolina, who bought Revlon shares following its bankruptcy filing.

Revlon’s bankruptcy filing, however, said its focus was on restructuring debt rather than pursuing a sale.

USC Gould School of Law professor Robert Rasmussen, a bankruptcy expert, said he was sceptical that Revlon’s fortunes could turn substantially to put the meme stock investors in the black.

“You need a story that, all of a sudden, demand for Revlon is going to increase to such an extent that the company is now worth more than its outstanding debt. I’m not saying it can’t happen, but I’m certainly not betting on the stock,” said Rasmussen.

By snapping up shares, the investors drive up their value, forcing those who have shorted them to buy stock to close their positions, leading to further gains in the price.

Revlon is one of the most heavily shorted stocks.

Aaron Jackson, a 40-year-old former chef in Prince Edward Island, Canada, who is now a full-time trader, said he had seen retail investors successfully squeezing short sellers and was looking to score such a win with Revlon.

“When I saw that was a winning formula, I started looking for these stocks that could rally a community behind them, like Revlon,” Jackson said. — Reuters

Angelique Chen and Krystal Hu write for Reuters. The views expressed here are the writers’ own. 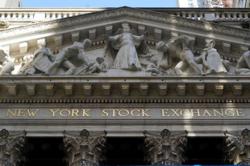