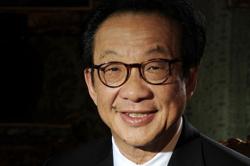 reported an over 18-fold increase in its net profit at RM414.61mil for the third quarter ended March 31 compared with RM22.43mil a year ago.

The conglomerate posted a pretax profit of RM917.62mil, representing an increase of 723mil, or 371.4% as compared to a profit of RM194.7mil recorded in the preceding year's corresponding quarter.

“Our construction and cement segments continued to rally in line with the phased reopening of economic sectors as the country moves towards endemic management of the pandemic, which has seen more favourable demand on the back of the revival and acceleration of major infrastructure and affordable housing projects.

“The property segment recorded better performance due to better sales and a higher share of profits from the Group’s investment in Starhill Global REIT in Singapore, whilst our hotels' division continued to improve following the easing of movement restrictions in the UK and Malaysia.

“Meanwhile, earnings before interest, tax, depreciation and amortisation (Ebitda) remained strong, registering a 26% increase to RM3.9bil for the current period compared to RM3.1bil for the same period last year,” he said in a statement.

Its Ebitda increased by 34.3% to RM2.8bil for the current period compared to RM2.1bil for the same period last year.

The Board of Directors of YTL Power declared an interim cash dividend of 2 sen per ordinary share, the book closure and payment dates for which are June 13 and June 29, respectively.

“Performance improved significantly for the period under review with higher revenue from the merchant multi-utilities business in Singapore and the water and sewerage segment in the UK, whilst profit before tax was bolstered by the disposal of the group’s investment in ElectraNet in Australia, completed in March 2022,” Yeoh said.

On April 29, Bank Negara announced the award of a digital banking licence to its consortium with Sea Limited.

Yeoh said the new venture will also create and leverage synergies between the group and Sea’s Shopee e-commerce platform, will enable it to further contribute to the growth of the country’s digital transformation efforts and broaden access to financial services, including the underserved and underbanked, as well as micro, small and medium enterprises in Malaysia.

“YTL Power is also developing the YTL Green Data Center Park in Kulai, Johor, which will be the first data center campus in Malaysia to be powered by on-site renewable solar energy.

“To date, we have partnered with Shopee as a co-locator and Chinese data center developer, GDS, one of the largest data center companies, to anchor the initial phases of this world-class green facility,” he added.

’s profit after tax grew to RM48.3mil in the first nine months compared to a loss after tax of RM3.4mil last year.

Revenue jumped 73.9% to RM1.9bil for the nine months ended March compared with RM1.09bil for the previous corresponding period.

“The group recorded higher revenue and profit before tax due to the consolidation of results of the 10 cement and ready-mixed concrete companies as well as their respective subsidiaries acquired in September 2021 from YTL Cement Bhd.

“The group’s Ebitda increased substantially to RM345.1mil for the current period, 134% higher compared to RM147.7mil for the same period last year,” Yeoh said.

Net property income (NPI) grew 5.0% to RM158.1mil from RM150.6mil for the same period last year, whilst income available for distribution increased 1.2% to RM53.9mil this year over RM53.3mil last year.

Its Ebitda increased by 9.1% to RM86.8mil for the period compared to RM79.5mil for the same period last year. 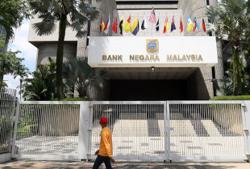 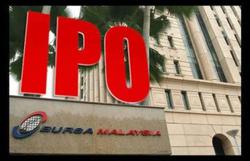