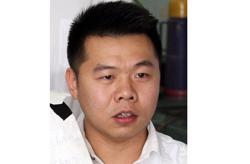 Players state that they want a review of 5G plan

PETALING JAYA: Malaysia’s four largest telecommunications firms are seeking a majority stake in a state 5G agency, countering a proposal by the government to offer them minority ownership, according to a letter sent by the firms to the Finance Ministry (MoF).

and U Mobile – also want a review of the pricing model and network access plan offered by the agency, according to the May 9 letter seen by Reuters.