WITH the emergence of technology and changing customer behaviour, a new form of payment option, driven mainly by startups, is taking shape not only in Malaysia but globally.

Buy Now, Pay Later (BNPL) has taken the world by storm as the pandemic has given us additional options when it comes to purchases that we made via online platforms and making it easier for not only big-ticket items that we purchase today to be “affordable” but even for regular consumer products.

Today, the large global players in the BNPL space are players like Klarna, Afterpay and Affirm based on a report from yStats.com.

All three boast millions of users, with Klarna, a Swedish-based company, leading both by the number of consumers and retailers using their services.

The other players in the space include both the traditional eCommerce market players like Amazon and Flipkart; and payment gateway companies like Paypal as well as credit card companies like Visa and Mastercard.

BNPL is nothing new for some of the older folk as back in the day, the famous “555” book was how some business transactions were done.

It was the norm before the emergence of the Internet or let alone online shopping as trades were carried out either at business premises or when the merchants themselves made personal visits to the villages, selling mostly consumer products, ready-made clothes, or clothing material which were then stitched into custom-made outfits.

Traders then relied on the age-old “faith and trust” of customers and buying on credit was a norm.

Typically, a buyer is required to pay a small sum as a deposit, while the balance (anywhere between 80% and 90% of the purchase value) is then paid in the future via monthly cash payments.

This is either done when the customer visits the business premises to pay the amount due monthly, or when the merchant visits the villagers once a month.

The element of trust plays an important role as there are cases whereby the customer has absconded.

For the merchant, this is part and parcel of the trade itself as the merchant has made provisions for the delinquency by upping his retail selling price by a certain margin.

For the merchant, there are two price tags – one for cash sales, and the other, for those purchased on credit.

Typically, a merchant, who has let’s say the cost of the product at RM200, will probably sell in the retail market at RM280 if it’s a cash sale and if the product is sold on credit, the sale price is adjusted to let’s say RM350.

The additional RM70 of the selling price is for two purposes.

One is of course the element of interest as the merchant is not getting cash up-front for the sale of the product but providing a credit line and the second is to take into consideration that there is potential default down the line if the customer fails to pay for one reason or another.

The above archaic example as carried out even up to now in smaller towns is what BNPL is all about.

One would note that there is no free lunch in the scheme as far as the consumer is concerned as someone is footing the bill.

For merchants that sell online today using the BNPL platform, the catch is that some fees are paid to the payment gateway that encourages the BNPL business model.

Hence, for these merchants, one way to overcome the cost of these fees is of course to price the products that are sold under the BNPL scheme at a much higher price while for the BNPL operators, one would not be surprised if there is an element of mark-up too as the risk of default is indeed evidently clear in this unsecured lending mechanism.

Defined as “point of sale” financing services, BNPL has taken the world by storm, led by many startups.

Swedish-based Klarna, one of Europe’s largest Unicorn was valued as high as US$45bil (RM198bil) while Australia’s AfterPay, which was acquired for US$29bil (RM127bil) in August last year by Square is two of the largest BNPL in the marketplace today.

Affirm Holdings, which went public at US$49 (RM216) per share, peaked at more than US$164 (RM722) in November last year but today is trading at half its initial public offering price.

Just as we have seen how the tech bubble has burst, the BNPL market space is no different as most of these start-ups remain loss-making.

In Affirm’s case, at the peak of it, the share price was trading at 55 times price-to-sales multiple and that has now dropped to just over eight times multiple based on 2021 reported numbers.

Till debt do us part

The mushrooming of BNPL players has also attracted Bank Negara’s attention as it is working with the Securities Commission and the Ministry of Finance to regulate the industry via a new bill, the Consumer Credit Act, 2022.

According to Bank Negara, it intends to address the issue related to regulatory supervision for non-bank BNPL operators as presently the central bank has no control over the market players which encourages consumers to spend without realising the risk factors and consequences of such debt payment schemes to the public.

Hence, while the regulatory framework is still being formulated, the BNPL market players are having a field day promoting their services to customers, who may be trapped with low monthly commitments for purchases made on some of these online platforms.

Consumers who are conditioned to purchase products online may fall into a debt trap as the monthly commitments may look affordable on a stand-alone basis but can be a debt burden if one overindulges in buying online using the BNPL schemes.

Consumers may end up being in debt perpetually as BNPL is nothing but a scheme that encourages debt bondage.

Pankaj C Kumar is a long-time investment analyst. The views expressed here are the writer’s own. 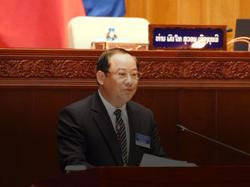