Of 12 blank-cheque firms that have filed to go public in Hong Kong, only one has actually started trading. It’s a similar pattern in Singapore, where SPACs have stalled after three inaugural IPOs in January.

SINGAPORE: Asian sponsors of blank-cheque firms are facing a tough market for initial public offerings (IPOs) wherever they turn, as a combination of increasing regulatory scrutiny and fading investor demand shutters the window for new listings from the United States to Asia.

In the past three months, at least six Asia-related special purpose acquisition companies (SPACs) seeking a combined US$1.3bil (RM5.7bil) from US IPOs have been scrapped, according to data provider SPAC Research.

Of 12 blank-cheque firms that have filed to go public in Hong Kong, only one has actually started trading. It’s a similar pattern in Singapore, where SPACs have stalled after three inaugural IPOs in January.

“The global IPO market has obviously been very quiet so far this year,” Paul Uren, JPMorgan Chase and Co’s Asia-Pacific head of investment banking, said in an interview with Bloomberg TV. “What we need to see for that to change is lower volatility and investors with more of a risk-on mentality.”

Asia was late to the SPAC fest that gained pace in the United States in the midst of the pandemic as central banks flooded markets with liquidity and contributed to record volumes of IPOs last year.

Exchanges from Hong Kong to Singapore rushed to set up their own SPAC rulebooks in a bid to attract some of the activity, while Asian tycoons and entrepreneurs began listing blank-check firms in the United States.

Asian sponsors that have abandoned their US SPAC IPO plans this year include private equity firm Gaw Capital and Hong Kong-based investor Jeneration Capital Management. Both had initially filed for US IPOs in early 2021. Hony Capital Acquisition Corp and Serendipity Capital Acquisition Corp are other SPACs stemming from Asia that have officially pulled their planned US listings. Hony Capital and Gaw Capital had already cut the planned size of their IPOs as the market soured.The United States – the epicentre of the SPAC market – has seen the industry go from boom to bust as investors turn their backs on speculative investments and as some international banks limit their involvement in blank-check firms after proposals from the US Securities and Exchange Commission to clamp down on overly rosy growth and profit forecasts.

A rush of interest during the stock market boom has resulted in a glut of more than 600 SPACs that are still looking out for deals. —Bloomberg 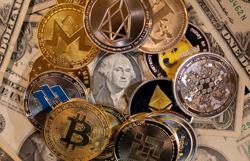