It added that 1QFY22 core EPS may form 27% to 28% of its FY22 forecast compared with 29%-30% of Bloomberg consensus, which would be largely in line as it expects operational expenditure and effective tax rate to be higher in the remaining quarters of FY22.

However, earnings before interest tax depreciation and amortisation margin is expected around 40%, which is still a steady figure q-o-q and y-o-y. 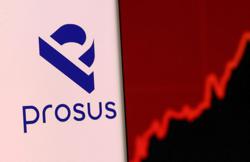