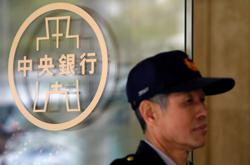 Limited intervention: A man using a mobile phone holding a one hundred rupee banknote in Hyderabad. The currency is down nearly 4% this year. It had gained 0.2% to 77.32 to a dollar on Tuesday. — Bloomberg

MUMBAI: The Reserve Bank of India (RBI) is once again seeking to defend its currency when the Federal Reserve (Fed) is tightening.

This time though, analysts expect it to mount a more limited defence, aimed at fending off the worst of speculative attacks rather than holding down a line in the sand when capital flows are shifting globally with the Fed set to hike throughout the year.

“The RBI will be careful to fight cavalier speculators, and not the Fed,” said Vishnu Varathan, head of economics and strategy at Mizuho Bank Ltd in Singapore.

“That is to say, prudence warns against trying to defy broad-based dollar trends. After all, a US$600bil (RM2.63 trillion) plus reserve coffer is harder to build than it is to burn.”Such a strategy may entail the RBI doing just limited intervention as its seeks to preserve ammunition amid a broad dollar rally fuelled by expectations of aggressive monetary tightening by the Fed.

The RBI’s stated objective remains to curb excessive currency volatility and in recent weeks reserves have fallen, indicating market intervention, according to analysts.

The rupee slid to a record low of 77.53 per dollar on Monday as the greenback continued its rise and amid elevated crude prices, which is threatening to widen the trade deficit to unprecedented levels.

Foreign funds have been pulling out of the nation’s equities at a record pace and a central bank that held back on policy tightening till last week hasn’t helped matters.

Yet, the rupee’s moves have been orderly over the past month when compared with its emerging Asian peers.

India’s central bank is intervening in all foreign-exchange (forex) markets including the offshore markets and will continue to do so to protect the rupee that slid to a record low Monday, Bloomberg News reported.

The nation’s forex reserves stood at US$598bil (RM2.62 trillion), latest data showed. While that is down 7% from a record high of over US$640bil (RM2.8 trillion) in September due to a mix of intervention and valuation changes, it still fares well on key metrics, including import coverage and short-term debt obligation, according to DBS Bank Ltd’s senior economist, Radhika Rao.

Compared with the onset of the taper tantrum episode when India ran a current-account deficit of nearly 5% of the gross domestic product, the gap is estimated to be the half of that in the current fiscal year.

The rupee had plunged to a series of record lows in 2013 as reserves fell to below US$275bil (RM1.22 trillion) with speculators hammering the currency in the offshore markets, and which spilled over to onshore rates. — Bloomberg 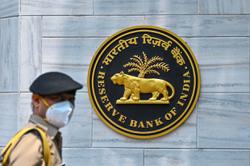