NUMBER portability is a well established concept in Malaysia for millions of mobile phone users.

Since 2008, by the virtue of a policy implemented by the industry’s regulator, the Malaysian Communications and Multimedia Commission (MCMC), mobile number portability (MNP) has been in practice in Malaysia.

However, in the case of fixed line telephone numbers, this has not taken place yet in Malaysia until now.

In December 2020, the MCMC had issued a public consultation paper on fixed number portability (FNP) and following that, the regulator has laid the ground for FNP to be implemented in Malaysia from July 2021.

The nation will soon be able to enjoy FNP that would generally benefit consumers and businesses.FNP is a process that allows customers to switch either service provider, service or location while retaining their fixed-line number.

This would come in handy for businesses that rely on their fixed-line number as a sales channel.

As for now, businesses or fixed-line users that would love to port-out to a different service provider would not be able to retain their original number.

Therefore, to retain their business telephone number, businesses are forced to stay with the same service provider.

With the implementation of FNP, customers will have the freedom to choose the service provider which offers the best value.

Meanwhile, for service providers, FNP will bring about innovation and increased competition.

It is apparent that following the introduction of MNP, there has been healthy competition among telcos as customers have the freedom to switch telcos without needing to change their mobile numbers especially if they are not satisfied with the services provided by their original telco.

Service provider portability allows customers to change service providers while retaining the same fixed-line number without any change of location.

Meanwhile, service portability allows customers to jump services, for an instant, from fixed services to mobile services while keeping the same telephone number.

FNP was first rolled out by Hong Kong back in 1995.

Since then, FNP has been rolled out in countries across the world, often in combination with MNP, according to the MCMC.

“However, the exact portability services on offer, as well as the technical solutions which have been applied to implement portability are varied,” MCMC had said in its 2020 public consultation paper.

Meanwhile, in Malaysia, over the last few years, several service providers have been expressing their interest in the fixed line services market as well as their support for the implementation of FNP.

During an industry consultation on the National Fiberisation and Connectivity Plan in October 2018, MCMC received requests from service providers to implement FNP.

As a response, MCMC had then said it encourages any initiatives that would benefit customers.

This then resulted in the MCMC appointing Aetha Consulting Ltd to undertake a feasibility study on the implementation of FNP in Malaysia.

In June 2020, MCMC engaged with all fixed service providers to gauge the industry’s readiness on FNP by circulating questionnaires, followed by a virtual meeting with each service provider.

Then in Dec 2020, MCMC issued a public consultation seeking views and comments from the industry, interested parties and members of the public concerning the procedures, processes, cost implications and technical solutions involved in implementing FNP in Malaysia.

MCMC received a total of nine submissions, whereby eight of those were from mobile and fixed service provider in Malaysia and one of those was from an international organisation known as Cenerva Ltd (Cenerva).

The response from the public consultation was great as Celcom, Cenerva, Digi, Maxis, REDtone, Time, UMobile and YTLC had generally supported the implementation of FNP in Malaysia, except for TM.

TM had expressed a few reasons why FNP should not be implemented and that had included issues such as the imbalance of market share, insignificant benefits to competition and that FNP would be an unnecessary diversion of focus and investment.

TM also expressed the view that the absence of FNP is not a barrier to competition, and that FNP is costly as well as complex to implement.

In consideration of all views, the MCMC had then decided to implement service provider portability as well as location portability within state boundaries with the same area code.

As the first step of FNP implementation, an industry working group (IWG) will be set up to work through the details of FNP implementation and decide on how best to resolve any outstanding administrative or technical issues.MCMC has said that the location portability will be implemented by the end of this year to allow sufficient time for service providers to assess and enhance their network capability.

However, the MCMC maintained its decision to not implement service portability.

According to data from MCMC, there are a total of 36.6 million fixed line numbers issued to customers.

The majority of the numbers have been issued under TM, which would make them the customers of the latter.

Going by these statistics, it indicates that TM has over 80% of the market share, with Time (under TIME Dotcom Bhd

) coming in second with 8%, followed by Maxis with almost 7% and Celcom with about 2%.

The rest of the players have less than 1% of the total numbers assigned under them.

The implementation of FNP in Malaysia will be crucial not just for fixed voice, but also for broader broadband, data, and information and communications technology segments, due to convergence, says Maxis Bhd

“The FNP is critical as these segments comprise the majority of end-user spend and continues to grow,” Ogut says.

With the FNP, a better choice of services and packages can be provided.

“Overall, FNP will significantly improve the competitive landscape, accelerate innovation and promote greater digital adoption. It will accelerate growth in fixed broadband due to the increasing take-up of converged solutions and is also in line with our current investments in fiberising Malaysia,” says Ogut. 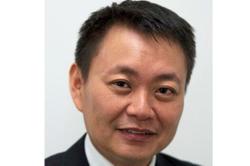