PETALING JAYA: A prolonged labour crunch affecting yields in the estates, rising costs and hefty windfall tax payments could undermine the earnings of plantation companies as the first quarter results for the financial year 2022 (1Q22) rolls in.

This is despite planters enjoying an all-time record crude palm oil (CPO) average selling price (ASP) at RM6,300 per tonne in the first four months of this year compared with RM4,407 in 2021, said plantation analysts.

The CPO spot price even hit a high of RM8,000 per tonne in March due to uncertainties led by the Russia-Ukraine war and the rising food prices.

, which is among the first planters to release its 1Q22 results, saw higher CPO prices as a double-edged sword to its profit. An analyst with a bank-backed brokerage said “it will be no surprise if more planters were to announce similar 1Q22 results as United Plantations despite enjoying record high CPO ASP in recent months.”

Another important factor is that the labour shortage had affected many local planters’ output and yields in their estates.

United Plantations warned that “if the government does not provide an urgent yet safe avenue to recruit guest workers, it will become impossible to avoid serious crop losses in 2022 as the acute labour shortage has now reached a breaking point in several plantation companies.”

It said although the government had introduced the recruitment of guest workers into Malaysia, the main challenge for the plantation sector is to onboard these workers as expeditiously as possible, including the steps required to provide them with work permits, vaccinations and other important pre-conditions before work can proceed.

“It is therefore not a measure that will create relief in the second quarter of 2022 and in the best case, the industry will only likely feel the positive impact of this by the end of the first quarter next year,” it said. 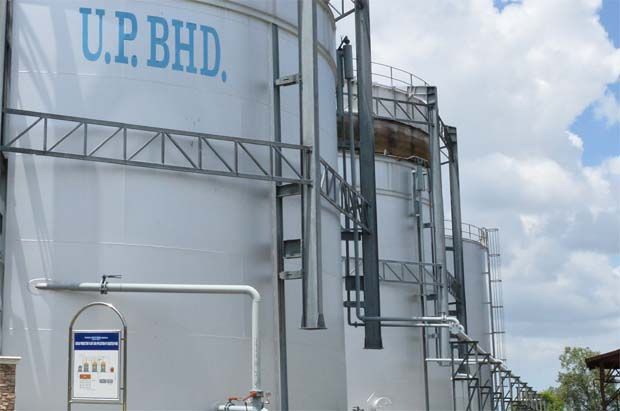 This is on the back of a tight edible oils market, including palm oil and most edible oil markets that are in an inverse market structure with high prices in the spot month and large discounts on the forward months.

The potential revenue could be more for many local plantation companies if the workers’ shortage is resolved quickly, he added.

“Personally, I think planters’ strong profits are being camouflaged by the buoyant CPO prices, while their efficiencies in terms of yields and wastage are badly affected by the acute labour shortage,” said Nageeb.

On the flip side, Nageeb remained bullish that the plantation companies will continue to post stronger earnings in 1Q FY22 following the record CPO ASP at RM6,300 per tonne in the first four months of this year.

He told StarBiz that many listed planters already made record profits when the CPO ASP was at RM4,407 per tonne last year.

“The oil palm planters are price-takers. A mere RM100 increase in the CPO price per tonne could translate into a hefty contribution to the group profits,” explained Nageeb.

while for FGV Holdings Bhd

, it could be an addition or reduction of RM100mil.

TA Securities Research is looking at a higher CPO price of RM5,500 per tonne in 2022 after factoring in a relatively tight global edible oil supplies due to disruption from the Russia-Ukraine war, rise in crude oil prices and Indonesia’s export ruling restriction policy.

However, higher CPO price may partly be offset by higher production cost as wages and fertilisers are expected to trend higher going forward.