Tik Tok being a good example, belongs to ByteDance Ltd and has shown how a product developed by a Chinese Internet company can become widely accepted globally despite the geopolitical tension and trade war between China and the United State

MENTION China technology stocks and you see quite a number of investors – both retail and professional – expressing their utter frustration for the stock performances in the past one year.

The China bulls have largely believed in the exponential growth potential of China technology companies due to the large domestic market and global expansion.

The advancement in innovation and creativity within China’s technology space is indeed unparallelled in recent times.

Tik Tok being a good example, belongs to ByteDance Ltd and has shown how a product developed by a Chinese Internet company can become widely accepted globally despite the geopolitical tension and trade war between China and the United States.

This led many to believe in the promise of the “middle kingdom” to deliver the evergreen growth story.

The performance of KraneShares CSI China Internet ETF which is reflective of the listed Chinese Internet companies tells it all.

It also shows the sentiment of investors towards the sector. Many reasons were given by experts and pundits such as tougher regulatory action taken by China’s government, the common prosperity agenda, record fines, social donations and even Jack Ma.

Following the Ukraine-Russia war, there were even growing concerns that the China stock market would eventually end up like the Russian stock market once it is dragged into geopolitical conflicts be it willing or unwillingly.

The heightened risk premium caused a massive valuation discount in spite of some names showing great fundamental value. It all came down to sentiment.

A recent report issued by JP Morgan Asia Pacific Equity Research on March 14, 2022 displayed how a 180-degree U-turn can happen not only in government policies but also in the investment fraternity.

The report downgraded all 28 China technology stocks within its coverage to “neutral” and “underweight” with quite a number of companies’ target prices being slashed by more than 50%.

A key message in the report: there is no upside for China technology stocks at least in the next six to 12 months. “Avoid” appears to be the strategy, as the analysts remained bearish due to the negative sentiment and technical indicators. Table 1 shows some of the notable China Internet companies’ share price performance in the past 12 months.

One of the major reasons that led to a selloff in the China stock market (not only the technology sector) was the nagging fear of how China may potentially be targetted by the same kind of sanctions and boycott faced by Russia.

China continued to practise its foreign diplomacy policy of non-interference in other sovereign nation’s internal affairs.

Apparently, maintaining a neutral position in the Ukraine-Russia war is frowned upon by policymakers in the US and its allies.

Allegations of China providing weapons and support to the Ukraine-Russia war even surfaced in the mainstream media despite the lack of concrete evidence to substantiate it.

This is a stance taken by Western countries and allies when managing thorny geopolitical relationship.

Trade war, sanctions and economic isolation appear to be a new form of “cold war” strategy when seeking to punish or deter those who are against western ideologies.

It is a very fine line to navigate for countries which have their own thorny internal and regional issues to address without becoming an economic risk for the country itself.

Naturally, investors would then take cognisance of this inherent risk and attach significant discount when looking at markets which may potentially become a targeted country.

This is a question that many have pondered upon when looking at China’s technology and Internet companies. In terms of valuation, there is no doubt that these companies are undervalued especially in comparison to US peers.

Even in JP Morgan’s report, the analysts did not deny that their downgrade has little to do with fundamental valuation but rather due to the fear of fund outflow and capital allocations in the near future for funds with global mandate.

In their words, “We strongly believe that stock prices are determined by fundamentals over an extended period of time and that share price movement driven by sentimental and technical factors tends to be corrected by fundamental developments over the long term.”

At least, there is a consensus within the investment fraternity that the China technology sector has fundamentals. The main point of contention remains to be the near term investment horizon and anticipated trading activity in the coming year.

As a big believer in fundamentals, I know the stock market is often irrational. There is no way to overcome irrationality apart from extending one’s investment horizon. If one is keen to take position in Chinese technology stocks while it is being sold off frantically (many stocks plunged 10% for three consecutive trading days), believing that time is your greatest ally may help alleviate some fear.

Another approach would be to scale your entry and buy in separate tranches instead of going big at a particular price level hoping that it is the bottom. For those who are not able to stomach such volatility, staying sidelines may be a safer bet in the near term.

Geopolitical risk and tension will always be part of investment considerations regardless of which market that investors are looking at.

Even developed economies like the US, the UK or Japan have had their own troubles throughout history. In the case of China’s economy, it is important to remember it is a different type of governance structure from the West. While many have claimed that China somewhat practised social capitalism, the heart of China’s governance remains first and foremost a communist regime.

The people’s welfare and national pride takes precedence over prosperity of the elite few. Economic benefits must trickle down to the people be it in the form of employment, household income, a healthy work culture or lower cost of living.

To think that China’s government will keep on punishing the technology sector for the excesses resulting from the growth over the years (many billionaires minted overnight due to large inflow of foreign investment into the sectors), is a misunderstanding.

China’s ultimate aim is to be self-reliant, independent while achieving advancement in technology.

They too understand that the government will need the help of private sector. Regulatory changes are simply a necessary evil to address gaps and social ills in the economy after two decades of growth oriented policies.

However, if the country’s technology sector comes under attack from foreign investors, it is my humble view that China’s government will do everything in their power to support the sector, and that extends to the capital markets too. 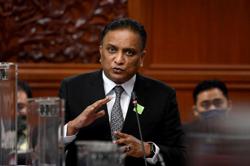 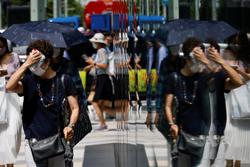