CGS-CIMB Research, in a report, said there has been strong order replenishment from the company’s customers led by the festive season in December and the upcoming Chinese New Year. (Power Root plant in Johor Baru. - Filepic)

is poised to benefit from the upcoming festive season as its plants are now running at full workforce capacity with utilisation rates almost returning to pre-pandemic levels of about 90%.

This will help it catch up with production delays to fulfill backlog orders as well as cater to pent-up demand since the reopening of economic activities.

CGS-CIMB Research, in a report, said there has been strong order replenishment from the company’s customers led by the festive season in December and the upcoming Chinese New Year.

The rise in domestic sales in the first half of financial year ending March 31, 2022 (FY22) is also fuelled by the expansion of convenience and fixed-price shops such as MR Dollar, 99 Speedmart, Eco-Shop, which will continue to be one of its main sales growth drivers.

However, the reformularisation of its pre-mixed beverages to lower the sugar content following the sugar tax effective April 1, 2022 may pose demand risk.

To mitigate the cost, the group has reformularised up to 95% of its pre-mixed beverages which accounts for about 75% of sales to lower the sugar content to pre-tax levels instead of raising prices, which will be rolled out on March 2022.

However, the research house expects the slight change in taste could put demand at risk, particularly after the front-loading of purchases by customers.

That said, CGS-CIMB is also positive on Power Root as the management disclosed that it has raised average selling prices by about 9%-10% for its products in Malaysia – which made up 60% of H1FY22 sales – and about 5% for other regions.

It believes this could partially offset the rising raw material prices such as coffee, sugar and creamer and logistics costs, which it estimates could lift the cost of goods sold (COGS) by about 10%-15%. Additionally, the group has locked in coffee prices at a favourable rate until October 2022, which should help to alleviate some cost pressure.

On the other hand, wages have risen due to the labour shortage of up to 80%. Nonetheless, the brokerage said this was still manageable as it accounts for less than 15% of COGS.

However, it retains its “hold’’ call on the stock with a higher target price of RM1.40 a share.

The upside risks cited are a surge, especially in export sales, and/or a sharp decline in raw material prices.

The downside risks are further decline in sales, higher-than-expected raw material prices and further suspension of operations, which will lead to a decline in production. 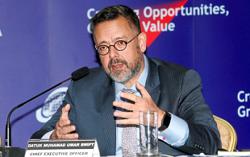 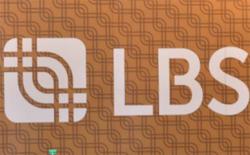