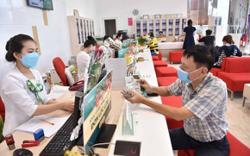 PETALING JAYA: Bank Negara is likely to raise its interest rate this year following the footsteps of the United States (US) Federal Reserve which plans to raise interest rates three to four times this year to fight inflation.

HSBC Group Asian economics research co-head Frederic Neumann expected Bank Negara to raise its overnight policy rate (OPR) by 50 basis points this year, on the back of stronger domestic demand and strong exports numbers as the world economy recovers from the impact of Covid-19 pandemic.

“Within the Asia region, we expect Malaysia to experience one of the strongest domestic demand recoveries.

“On the investment side, particularly foreign investment, we think Malaysia will be the key beneficiary under the current trends, and the country’s exports are likely to remain supported.

“There is a desire by Bank Negara to start normalise its interest rates again, relatively swiftly. This is where the 50 basis point hike comes through,” he said at the HSBC Asian outlook 2022 on Monday.

Bank Negara has kept its OPR at 1.75% since July 2020, when it cut the rate from 2% to support economic growth that was affected by the Covid-19 pandemic and movement control order to curb infection rate.

In a statement after the briefing, HSBC said as Malaysia's labour market strengthens, the country's core inflation may gradually trend higher to 2% by end of 2022, thus, allowing Bank Negara to initiate a gradual monetary tightening process in the second half of 2022.

"We believe the Malaysian economy has one of the brighter outlooks in the region," it said.

It added that Malaysia has one of the highest vaccination rates in Asia, allowing a high degree of resilience.

“While restrictions may be re-imposed, we believe the government will likely opt for highly targeted measures as opposed to lockdowns. 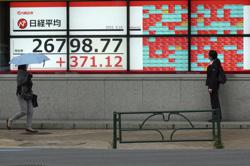