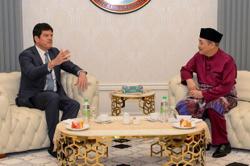 ime Darby Plantation Bhd also has estates in the coastal part of Selangor as well as its reputable oil palm seed garden in Banting.“Those who might be concerned that Sime Plantation’s Banting oil palm seed garden may be at risk can breathe easier in the knowledge that the group has other seed gardens in Sabah, Indonesia and Papua New Guinea.”

PETALING JAYA: The recent severe flooding in Peninsular Malaysia is expected to bear minimal impact on the operation of most oil palm plantations here.

Following quick checks with several listed planters with exposure to the affected peninsular states, Kenanga Research said: “The damage to the palm trees should be minimal and the yields are unaffected, unless the heavy downpour continues and spreads.”

Heavy rains that had lasted since Dec 17 caused a series of floods and flash floods in eight states in the peninsula, which is one of the worst flooding Malaysia has seen in decades.

In its latest report, Kenanga Research said that “there is minimal disruption so far. The plantation sector is not new to heavy rainfall or even the occasional flooding.

“Therefore, many players have invested in infrastructure to cope with heavy rain.”

It also said the most common complaint regarding flooding in the estates was the inability to harvest and collect the fresh fruit bunches.

In addition, prolonged flooding can damage or even kill young palm trees.

“However, the actual impact on the oil palm estates will depend on their location, terrain and the effectiveness of their drainage system,” the research house explained.

So far, only a few estates in Pahang, Selangor, Kelantan and Terengganu have been affected by the floods.

Kenanga Research noted that unless the heavy downpour continues and spreads, less than 2% to 3% of the total area is estimated to be impacted.

“Even so, the damage is likely to be temporary and minimal”, it said.

is the most peninsula-centric planter with 57% of its estates located here.

“However, we believe that less than 2% to 3% of FGV’s estates are facing floods,” the research house added.

also has estates in the coastal part of Selangor as well as its reputable oil palm seed garden in Banting.

“Those who might be concerned that Sime Plantation’s Banting oil palm seed garden may be at risk can breathe easier in the knowledge that the group has other seed gardens in Sabah, Indonesia and Papua New Guinea.”

do not have estates in Peninsular Malaysia, the research house noted.

On the overall plantation sector, Kenanga Research said palm oil fundamentals over the next one to two months suggest little room for bad news, be it the unexpected labour shortages, poor weather or negative news from rival oil and fat complexes.

“As such if there is any negative development on the sector arising from the floods, crude palm oil (CPO) prices are likely to stay firm longer.”

The research house has maintained a “neutral” call on the sector.

It has a target price of RM23.60 per share for the stock. 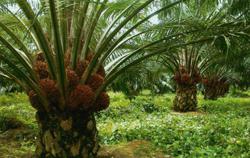