In the emerging markets, we see manual labourers or blue collar workers moving between countries to work in the agricultural, industrial or manufacturing sector which pay higher income. (Foreign construction workers being given food during the pandemic. - File pic)

FOR the longest time, developed nations around the world relied on labour from less developed countries to build up the economy and infrastructure.

Through influx and net migration, the United States was essentially a “new world” which congregated immigrants from all over the world. The iconic Statue of Liberty located on Ellis Island was the busiest immigrant inspection station where nearly 12 million immigrants arriving through the Port of New York and New Jersey were processed between 1892 and 1954.

Until today, migration is still happening globally. Voluntary migration is when people move from one country to another to pursue a better income or life.

Involuntary migration, on the other hand is where people, known as refugees, flee their country due to poverty, war or natural disasters.

The difference in wages and income levels are the main reasons for human capital traversing across continents. In sports, we see huge transfer fees and record breaking wages for professional footballers to move teams across countries to play in different football leagues.

In the corporate sector, we see professionals such as lawyers, investment bankers or executives moving across countries for better employment opportunities and career progression.

In the emerging markets, we see manual labourers or blue collar workers moving between countries to work in the agricultural, industrial or manufacturing sector which pay higher income.

By now, most readers would have read about one of Dyson’s top three contract manufacturers in Malaysia, ATA IMS Bhd

(ATA IMS), which is undergoing difficult times due to migrant labour related issues.

The matter came to light due to the role of a migrant labour activist, who first highlighted the labour issue in May 2021.

Allegations were made against ATA IMS and a petition was filed to the United States Customs Border & Protection (US CBP) on grounds of forced labour conditions, including unethical recruitment practices and inadequate working or living conditions.

Subsequently, Dyson terminated their contract with ATA IMS. The grounds of allegations were similar to the complaints against glove manufacturers in 2020 which resulted in the US CBP imposing a ban and Withhold Release Order (WRO) on Top Glove Corp Bhd

Is the migrant labour situation in our country’s manufacturing sector atrocious or is there a gap between expectation, perception and reality?

ATA IMS share price has taken a major hit since the unraveling of this issue, with almost RM3bil in market cap wiped out at the current share price of 42 sen a piece.

This is how the migrant labour issue can get out of control especially if contract manufacturers are highly dependent on a global brand as a key client. Such supply chain issues are not uniquely a Malaysian problem.

The workers ransacked the manufacturing facility and destroyed properties with losses estimated at US$60mil (RM254mil).

Winstron Corp made a public apology after investigations revealed the work of middlemen exploiting the contract workers and skimming off their wages. The police looked into the role of six contractors who acted as go-betweens for Wistron. The investigation also revealed 8,500 of the 10,500 workers were contractors rather than full-time employees.

The migrant labour issue is a complicated matter. It involves many stakeholders including the governments, authorities, middlemen and agencies and global principal clients such as Apple and Dyson.

Manufacturers found to be involved in any form of unfair labour practices are getting penalised, be it by the authorities, principal clients or investors. Yet these are often at hindsight and not preventive in nature.

If principal clients are against the unfair use of labour and are keen to address it, they could consider sharing their profit margins with contract manufacturers to help with the social compliance cost.

Contract manufacturers sometimes operate on razor thin margins, relying on economies of scale, productivity and cost cutting measures to subsist. Principals seem to have very high profit margins. Apple’s most successful product, the iPhone has enjoyed a gross profit margin of at least 50% in the past years, according to website Techinsights.

Dyson, known as the Apple of home appliances, while competing in a highly competitive sector, has the ability to mint good profit margins with the companies’ latest financials for financial year 2020 showing that it has profit margins of 23%.

All it takes is 1%-2% of their profit margins which comes up to hundreds of millions of dollars, which would suffice to help their contract manufacturers address the painful social compliance costs.

Role of the govt and authorities

Then there is the issue of government and authorities. We frequently see statements from ministers or officials post the fact, and rarely before any incidents occur. Why did it have to happen in the first place? Many countries, especially those in emerging markets, profit from migrant labour supply contracts.

Often, this involves government to government agreements from which respective governments then appoint certain agencies to act as the go-between to handle the permits, health screening, insurance and other necessary paperwork.

Some of these agencies in turn may be taking upfront fees and commissions. There have been allegations of corruption and cronyism in this intricate web which contributes to the problem.

Role of activists and NGOs

No doubt, society is in a better place with activists and NGOs voicing out concerns and fighting for the rights of the exploited and oppressed. This is the only way to hold those who oppress accountable and those in power to make a change.

However, it is necessary to also be wary of opportunists who may appear to look like activists but may have hidden agendas.

The concerns is when an activist is driven by the hope of becoming an independent adviser or consultant to the very companies being targeted in the first place.

Perhaps all such NGOs should be independently funded and supported by the state in order to ensure impartiality and prevent conflicts of interest.

The hard work of building up a business and reputation over time may end in futility simply because of labour issues. As we move towards building a more egalitarian society through education and advancement of civilisation, increased automation may be the only win-win resolution to all parties.

Companies with the ability to invest in research and development and automation should do so even if the bottom line may take a hit, considering the increasingly high social compliance cost in the future. 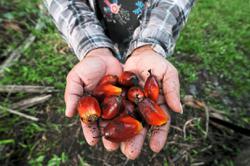