Bear market: A 3D printed oil pump jack is seen in front of a displayed Opec logo in this illustration picture. Traders are expecting the alliance to defer a modest supply hike scheduled for January. — Reuters

NEW YORK: Opec and its allies headed into a second day of talks on whether to pause their production increases as the resurgent pandemic throws the outlook for next year into disarray.

With crude already in a bear market as the Omicron variant of Covid-19 imperils demand, traders were widely expecting the alliance led by Saudi Arabia and Russia to defer a modest supply hike scheduled for January.

Yesterday, the coalition’s technical experts forecast that markets face a surplus in the first quarter that, although smaller than initially thought, remains substantial.

“Markets are now pricing the worst for global oil demand as there is extreme uncertainty about the Omicron variant,” Al Salazar, vice-president of intelligence at Enverus Intelligence Research, said in a note.

“Travel restrictions combined with knock-on economic effects are now shifting the risk on oil prices decidedly to the bearish side.”

Oil futures sank further yesterday, trading near US$65 (RM274.30) a barrel in New York as the first case of the new coronavirus strain was detected in the United States.

Yet the outcome of yesterday’s meeting was still up in the air.

Despite the sell-off, Riyadh faces pressure from the United States and other key consumers to ensure supplies remain plentiful enough to stave off an inflationary spike.

Ignoring such considerations could strain the kingdom’s already-fraught relations with Washington. The opening round of Opec talks on Wednesday focused solely on administrative matters, such as the appointment of the next secretary-general, delegates said, asking not to be named because the information was private.

That meeting was followed by the Joint Technical Committee, a panel of experts who updated the estimates for supply and demand that ministers will use to make their decision.

Oil futures are down about 20% in New York from the seven-year high reached in late October, when the recovery in global oil demand from the pandemic was stirring fear over the inflationary danger of surging fuel costs. That stark reversal has Opec+ on the back foot.

“The sudden appearance of a new and potentially more dangerous variant comes on top of new lockdowns,” Angolan Minister of Mineral Resources and Petroleum Diamantino Azevedo said at the opening session of the meeting on Wednesday.

“In these uncertain times it is imperative” that Opec+ “remain prudent in our approach, and prepare to be proactive as market conditions warrant.”

Members were going into the meeting with an open mind, delegates said. One of the few ministers to speak on the record about output policy, Iraq’s Ihsan Abdul Jabbar Ismaael, said he would go along with whatever the group decides, whether its a supply hike or a pause.

The majority of Opec-watchers polled by Bloomberg expected the latter. Eighteen out of 25 traders, analysts and brokers in global survey predicted the group will defer the production boost.

That could certainly fit the ethos of Saudi Arabian Energy Minister Prince Abdulaziz Salman, who has repeatedly opted for caution in restarting halted production.

“This seems precisely the scenario that the pause option was designed for when the producer group announced their phased increase plan in July,” said Helima Croft, chief commodities strategist at RBC Capital Markets LLC.Traders have even speculated that Opec+ could reduce rather than increase supplies if crude prices deepen their downturn. Such a move would run counter to recent diplomacy, which suggests Riyadh and Washington are seeking to cool tensions.

“Bottom line is, I expect Opec+ to vigorously defend the supply balance they have worked hard to restore since last year,” said Vandana Hari, founder of Vanda Insights in Singapore. — Bloomberg 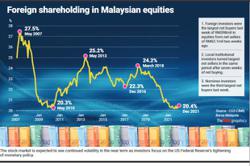