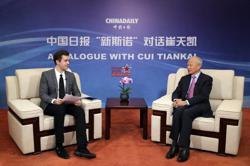 New direction: In this file picture, a teenager poses with a smartphone with the logo of social network TikTok in France. TikTok is quickly morphing into an online marketplace where influencers tout products to their fans through live-streams. ― AFP

DUBAI: TikTok parent ByteDance Ltd has invested in Dubai-based iMile Delivery LLC as part of the first major fundraising by the courier startup that services Chinese online vendors, according to people familiar with the matter.

The company’s series A financing round, one of the Middle East’s largest by a female founder to date, raised US$40mil (RM169.08mil) and valued iMile at US$350mil (RM1.48bil), according to a statement.

ByteDance committed around US$10mil (RM42.27mil) at a lower valuation, the people said, asking not to be named because the information isn’t public.

Beijing-based ByteDance declined to comment. iMile wouldn’t disclose the names of investors or the amounts they have put into the company.

Consumer habits have shifted during coronavirus lockdowns that kept people at home and glued to their devices. Even before the pandemic, e-commerce activity had already taken off in the Middle East, where Amazon Inc vies for dominance with its regional rival Noon.com.

They face stiff competition from new entrants like JD.com and Chinese sellers that are often more affordable, such as online retailer SheIn, backed by Tiger Global Management. E-commerce vendors are meanwhile increasingly using social media to target shoppers, which may explain the TikTok owner’s investment in a shipping company.

ByteDance is counting on TikTok and other global products to spur growth, just as it grapples with a weaker economy and stiffer regulations at home.

TikTok is quickly morphing into an online marketplace where influencers tout products to their fans through live-streams, not unlike its domestic peer Douyin. The global short-video sensation TikTok recently launched a dedicated app for merchants to manage orders and refunds in Indonesia.

The fresh capital will help support iMile’s plans to hire more engineers in China and invest in its technology while extending services beyond e-commerce into banking and telecommunications. It also plans to expand into Africa and Latin America.

Shipping to consumers in the Middle East is largely handled by local player Aramex PJSC, backed by Abu Dhabi sovereign fund ADQ, and global carriers like FedEx Corp or UPS.

Dubai-based Fetchr, which also targeted Chinese e-commerce, is on the brink of being liquidated.

“With vendors now selling directly to the consumer and the technological digitisation, factories in China are now easily accessing customers all over the world,” Huang said in an interview.

“They can bring down costs by cutting the middlemen out.” ― Bloomberg 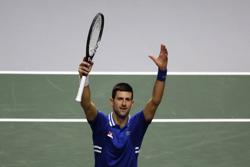 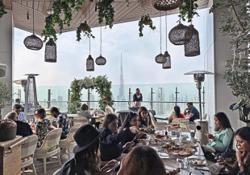