Nissan to spend $17.6 bln over 5 years in electrification push 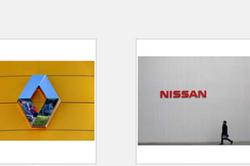 FILE PHOTO: A cross-section of a completed battery for a Nissan Leaf car is seen inside the Envision battery manufacturing plant at Nissan's Sunderland factory, Britain, July 1, 2021. REUTERS/Phil Noble/File Photo

Japan's No. 3 car maker said on Monday it will introduce 23 electrified vehicles by 2030, including 15 electric vehicles (EVs), and plans to introduce all solid-state batteries by March 2029.

Nissan, which was among the first mass-market EV makers with its Leaf model, is aiming to win market share with its deeper push into electrified vehicles and fend off rivals, including newer entrants such as Tesla Inc.

Its renewed commitment to battery-powered cars comes as consumer demand for such vehicles grows in key auto markets such as China and the United States.

"We will advance our effort to democratise electrification," he said in an online presentation.

Nissan shares fell as much as 4.9% in morning trading in Tokyo, underperforming its major rivals.

Although still only a small portion of vehicles on the road, global electric car registrations in 2020 grew 41% even as the overall car market contracted by almost a sixth, according to the International Energy Agency (IEA).

Nissan, however, has not committed to abandoning fossil-fuel vehicles.

At the U.N. climate summit in Glasgow this month, major car makers, including General Motors and Ford Motor Co, signed a declaration that committed them to phase out fossil fuel vehicles by 2040. As it readies to compete for the growing demand for EVs, Nissan in July pledged $1.4 billion with its Chinese partner Envision AESC to build a giant battery plant in Britain that will power 100,000 vehicles a year including a new crossover model.

Rivals, including Toyota Motor Corp, which also declined to sign the Glasgow pledge, are also ramping up their battery production capacity.

The world's biggest automaker by production volume plans to have 15 battery electric vehicle (BEV) models globally by 2025 and will spend $13.5 billion by 2030 to develop cheaper, more powerful EV batteries and their supply system.

Toyota said it is aiming to introduce solid-state batteries by the mid-2020s.

Those power packs are a potential game-changer for automakers because they are more energy dense and less prone to catching fire than liquid lithium-ion power packs. They are, however, prone to cracking and currently are more expensive to produce. ($1 = 113.7000 yen) (Reporting by Tim Kelly; Editing by Muralikumar Anantharaman) Australia dollar takes breather from Omicron shock By Paulina Duran SYDNEY, Nov 29 (Reuters) - The Australian dollar recovered against the greenback on Monday after sliding last week as spooked investors scaled back bets of global monetary tightening on worries the Omicron coronavirus variant may be harder to combat with vaccines.

The Aussie was 0.4% higher at $0.7142 at 0248 GMT after hitting a three-month trough of $0.7115 on Friday as countries began to impose travel curbs and shut their borders to South Africa, where the new variant was first detected.

The kiwi dollar was little changed and hovering around $0.6827 after six consecutive days of losses. It fell 2.4% last week.

"A delay of further easing in restrictions and/or additional measures will be inevitable if Omicron moves quickly in Australia," RBC Capital strategists wrote to clients.

"Until there is greater clarity, markets will be nervous and risk better offered." "Indeed, given the Delta experience, we would expect policymakers to assume the worst, move quickly, and take an overly cautious approach, which appears to be emerging." Two people who arrived in Sydney from southern Africa tested positive on Sunday for the Omicron variant as officials ordered 14-day quarantine for citizens returning from nine African countries.

Britain called an urgent meeting of G7 health ministers on Monday to discuss developments on the virus, as the World Health Organization (WHO) said it was not yet clear whether Omicron is more transmissible than other variants, or if it causes more severe disease.

Bond markets were higher on Monday, reversing a recent selloff that had priced in a quick recovery that would see central banks hiking interest rates faster than expected to contain inflation.

Traders had already taken out between 10 basis points and 30 basis points of hikes over the next few years by central banks in the United States, Australia, Canada and New Zealand on the back of the Omicron news, strategists said. 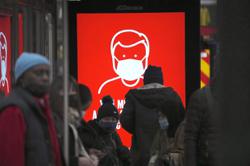