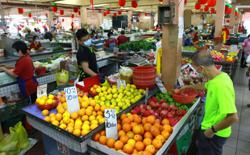 KUALA LUMPUR: Malaysia's inflation rate in October, as measured by the Consumer Price Index (CPI), rose 2.9% from a year ago due to an increase in transport costs as well as prices in other segments including housing, water, electricity, gas and other fuels.

For the period of January to October, the country's CPI grew 2.3% on a year-on-year basis. On a monthly basis, the inflation index in October increased 0.7% as compared to September.

The Department of Statistics Malaysia said there was a double-digit increase of 11.3% in the transport group in October due to the costlier global oil prices.

"In tandem with the rise in global oil prices, the average price of RON97 also increased to RM2.84 as compared to RM1.97 in October 2020," it said in a Friday statement.

There were also marginal increases in the restaurants and hotels, alcoholic beverages and tobacco, recreation services and culture, and health segments.

Meanwhile, the core index in October, which covers all goods and services except volatile items of fresh food and administered prices, was up 0.7% from the same month in the previous year.

Moving forward, national chief statistician Datuk Sri Mohd Uzir Mahidin said inflation in the coming months will also be influenced by external factors such as the rise in both global crude oil and food prices.

"In addition, the opening of interstate travel is expected to affect prices of some tourism related groups," he said. 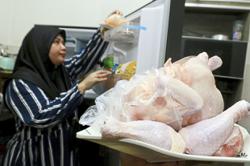