Dialog on track to recovery in FY22 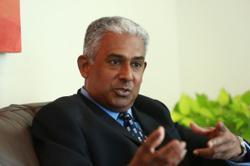 KUALA LUMPUR: Following the release of the first quarter results for its 2022 financial year, Dialog Bhd is on track to resuming earnings growth on the back of revenue recovery and better tank terminal earnings contributions, according to analysts.

Despite Dialog's 3% year-on-year dip in 1QFY22 core earnings to RM125mil, RHB Research said it remains optimistic over the group's recovery for the remainder of FY22 and FY23, resulting from a pick up in downstream activities.

The 1QFY22 core earnings was in line with expectations at 23% of RHB's full-year forecast and 21% of that of consensus.

"The recovery in revenue was impacted in 1QFY22 – especially in Australia and New Zealand – but we expect downstream activities including engineering, procurement, construction and commissioning, specialist products & services, plant maintenance and catalyst-handling services to still pick up in FY22-23," said RHB in a note.

However, the research firm noted that elevated costs resulting from the Covid-10 pandemic could continue to put margins under pressure.

Over at Pengerang Independent Terminals, the 85,000 cbm capacity expansion in Langsat 3 is expected to start contributing to total numbers by the end of this year.

"The gradual re-opening of borders, in our view, could expedite the process of locking in the new tank terminal capacity expansion," said RHB.

Meanwhile, the brokerage is sanguine over the government's Prosperity Tax as Dialog's preliminary assessment suggests it will have a minimal impact on the group's numbers as the tax will be implemented on an individual company basis rather than across the group's operations.

The research firm maintained "buy" and raised its target price to RM3.40 after rolling forward its valuation base year to FY23.

It said Dialog's recent pledge to achieve net-zero carbon emissions by 2050 is a positive and looks forward to a clearer roadmap in the near future.

Meanwhile, Kenanga Research said it is also positive over Dialog's long-term outlook and growth opportunities over the next one to two years.

Despite the share price's recent rebound, it said the stock is trading at about 1.5 standard deviation below its mean valuations.

"We feel these levels have yet to adequately price in its growth prospects from Pengerang, especially with most of its long-term outlook still remaining intact," said Kenanga, while reiterating its "outperform" recommendation and target price of RM3.50. 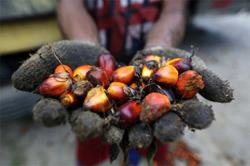 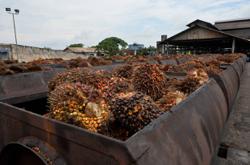