KUALA LUMPUR: As domestic investors keep an eye trained on Friday's tabling of Budget 2022, the weak trading sentiment on the regional front has dampened sentiment on Bursa Malaysia.

At 9.15am, the FBM KLCI was down 5.78 points to 1,577.3, as investors were affected by concerns over China's property market and fresh geopolitical tensions between the US and China.

Despite the pullback, Malacca Securities Research expects foreign buying support to continue while investors will remain focused on on Budget 2022 themes.

Meanwhile, it said the recent announcement that REDtone had been appointed as a universal service provider for the Jendela Phase 1 (Part 2) project is also expected to spur buying support in telco-related stocks.

It added that the construction and property sectors could also rebound prior to the tabling of the Budget.

On the blue-chip index, Press Metal

slumped 17 sen to RM5.53 as it extended a correction phase that started from mid-October.

Also in telcos, REDtone, which yesterday surged over 25% on news of its appointment to the Jendela project, retreated 1.5 sen or 2.17% to 67.5 sen on profit-taking. 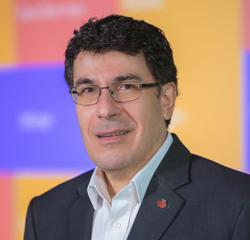