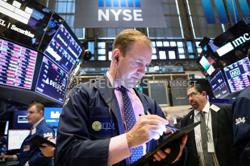 NEW YORK: Hedge funds that make both bullish and bearish wagers on stocks are turning skeptical on tech megacaps just days before earnings from the likes of Apple Inc and Facebook Inc.

Their exposure to the five biggest American companies slipped over the past month, hitting the lowest level in more than two years, according to Goldman Sachs Group Inc’s prime broker. Meanwhile, options traders – who rushed in to bet on quick gains in 2020 – are retreating. Total call open interest on that small group of the United States giants sank to a 14-month low, data compiled by Bloomberg show. The cohort of Faangs, which also includes Amazon.com Inc, Microsoft Corp and Google’s parent Alphabet Inc, is expected to report US$67bil (RM278bil) in combined profits during the third quarter, according to Bloomberg Intelligence. That’s a 30% increase from a year ago – roughly in line with the S&P 500.

The group is losing its growth edge as the rest of the market catches up. Once the fortress during the pandemic, tech giants are now falling victims to reopening woes like supply-chain bottlenecks and worker shortages. Snap Inc’s warning over advertising spending sparked a selloff in ad-dependent firms Facebook and Alphabet on Friday.

All is fuelling anxiety over the bloc’s 40% premium in price-earnings multiples at a time when a spike in Treasury yields stoke aversion toward richly valued stocks.

“That love story seems to be petering out a little bit,” said Peter Essele, portfolio manager for Commonwealth Financial Network. “Some of those names are the most overvalued in the market, so it’s probably just folks looking at an early exit ahead of what could potentially be some pain points as interest rates move higher.”

After crushing the market during 2020’s pandemic, Faang stocks are showing signs of fatigue. They lost almost US$1 trillion (RM4.15 trillion) in combined market value during the equity rout in September. And even after a bounce back, they’re still down from the peak. By contrast, the S&P 500 is hovering near its all-time highs.

The waning optimism is likely a result of a rotation to value stocks, companies that had been beaten down during the lockdowns and now look like bargains as the economy reopens, according to Vance Howard, chief executive officer at Howard Capital Management. While the migration makes sense, his firm is sticking to its Faang holdings.

“These are some of the biggest winners that the stock market has to offer,” he said. “They have so much innovation, so much cash. There’s no telling what they can do with it, which is exciting.”

For now, however, their earnings machine faces some hurdles. A shortage of computer chips is seen forcing Apple to scale back its iPhone production goals. Meantime, Amazon’s price target was cut at Morgan Stanley last month on prospects that the online retailer’s profits could come under pressure as a result of a rising headcount and higher wages.

That’s dealing a fresh blow to the Faangs, whose earnings sentiment is already wilting. Over the past three months, analysts have cut their estimates for Facebook, Amazon and Alphabet. Forecasts have risen for Apple and Microsoft, but the pace of upgrades lagged behind the S&P 500.

Each quarter through June 2022, profit growth from the Faangs is expected to stay behind the broad market. The gap will reach 11 percentage points in the current period – the worst in almost five years, analyst estimates show.

“The piece that I’m most interested in is whether or not some of these companies will be able to sustain these record-high profit margins,” said Matt Forester, chief investment officer of Lockwood Advisors at BNY Mellon Pershing. “Markets are concerned about the discount rate for all these high-growth companies and their multiples, and whether or not they’re going to be able to sustain those.” — Bloomberg 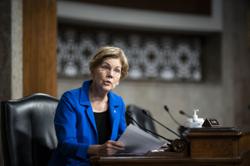