Supermax shares down as US bans products 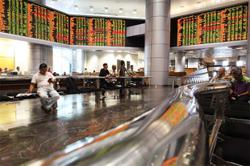 Following the decision by the CBP, Supermax emerged as one of the heavily traded stocks and one of the biggest losers on Bursa Malaysia.

tumbled by over 10% after it became the fourth listed Malaysian company whose products were banned by the United States customs in the past 15 months.

The news was not entirely surprising as it was reported in May that Supermax, as well as Hartalega Holdings Bhd

, were being investigated over allegations of forced labour.

This means the disposable gloves from the wholly-owned units of Supermax are barred from entry into the US.

Supermax has previously stated that it adheres to the Malaysian labour law and denied any labour exploitation.

CBP Office of Trade executive assistant commissioner Ann Marie R. Highsmith said Supermax’s products are “not welcome” in the US until the group proves that its manufacturing processes are free of forced labour.

“With 10 of the 11 forced labour indicators identified during the course of our investigation, CBP has ample evidence to conclude that Supermax and its subsidiaries produce gloves in violation of US trade law,” she said in a statement.

The indicators refer to the International Labour Organisation’s (ILO) indicators of forced labour.

However, the CBP did not explain which labour indicators were found at Supermax and its subsidiaries.

“With this WRO, the Biden-Harris Administration continues to make clear that products made in whole or in part by forced labour will not be allowed into the United States,” said Secretary of Homeland Security Alejandro N. Mayorkas.

“The Department of Homeland Security will continue to set an international standard for the elimination of the deplorable practice of forced labour.

“We will remove it from American supply chains,” he added.

Following the decision by the CBP, Supermax emerged as one of the heavily traded stocks and one of the biggest losers on Bursa Malaysia.

Currently, apart from Supermax, two other Malaysian companies that are in “active ban” by the US CBP are palm oil producers Sime Darby Plantation Bhd

and WRP Asia Pacific Sdn Bhd have been revoked.

Meanwhile, in an evening statement to Bursa Malaysia, Supermax said: “The group wishes to announce that its US representatives are in touch with the US CBP to obtain more clarity and information on the WRO issued and the required measures going forward.”

The glove maker said that currently, about 20% of the group’s sales go to the US market. “The group will take steps to divert goods bound for the US to other markets where possible.”

Supermax said yesterday that the group had embarked on its undertaking to meet the ILO standards on migrant workers since 2019.

“The process has well started and Supermax is surprised that due consideration has not been given to the fact that corrective steps have started and improvements made to labour welfare.

“We will speed up the process to come to meeting the ILO standards.”

It also said the group had, on Oct 11, commissioned an independent international consulting firm to conduct an audit into the status of foreign workers at its manufacturing facilities, focusing on the 11 ILO Forced Labour Indicators.

The audit is currently ongoing.