Mnuchin is investing in blockchain – not crypto 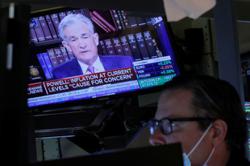 Investors should know what their money is going toward when it comes to investing in stablecoins, he said at the conference in Beverly Hills, California.

Mnuchin touted cyber space as a “giant market” that could prompt companies to grow 10 or 20 times in size. Meanwhile, he said he will invest in global firms that do business in China but will stay away from China-only companies.

ARK Investment Management’s Cathie Wood said she’s awaiting a new rotation into her favoured innovation stocks and that her base case for Tesla is US$3,000 (RM12,500).

She also likes some biotech and pharma firms, including Pfizer Inc and Regeneron Pharmaceuticals Inc. She wants her clients to be exposed to the next FAANG stocks, she said.

Regarding bitcoin, Wood said she got involved when the crypto’s market cap hovered around US$6bil (RM25bil) – and it’s grown to around US1 trillion (RM4.15 trillion) currently. She said she didn’t buy into the ProShares Bitcoin Strategy ETF, which is based on bitcoin futures and made its Wall Street debut on Tuesday.

BioNTech SE chief executive officer Ugur Sahin was asked at the conference whether his company has been the recipient of any takeover interest after its success with Pfizer Inc with the coronavirus vaccine.

“Yes, so there are of course a few companies interested but we have much more people knocking on our doors being interested in collaborations and that’s really what is fantastic,” Sahin said.

The German vaccine maker went public in 2019. Its shares have climbed 180% in the past year, giving it a market value of almost US$64bil (RM266bil).

Apollo Global Management Inc’s Joanna Reiss said the firm is widening the scope of companies that can be considered for an impact fund.

“What we’re trying to do is widen the aperture of companies that can be considered for an impact fund and bring impact to scale,” she said in a Bloomberg Television interview on the sidelines of the conference.

While such funds often own early-stage companies, there are opportunities to invest in more established names, said Reiss, co-head of Apollo’s impact group.

“We can drive a lot of good in the world both from an impact perspective in terms of financial returns to our investors” by looking at more mature businesses and “owning them with a high degree of intentionality,” she said.

Leveraged loans are riskier than junk bonds now, a reversal from the state of the market during the 2008 financial crisis, according to Lee Kruter, head of corporate bonds and loans at GoldenTree Asset Management.

The US leveraged loan and high-yield bond market has grown to about US$3 trillion (RM12.4 trillion), and there’s no shortage of deals to buy, Kruter said.

In terms of credit quality, however, there are some notable differences. “You’ve seen this flip where high-yield is by far the most conservative part of the market,” he said.

Roughly 60% of the high-yield market is rated in the BB tier, the top end of the scale, Kruter said. In loans, which performed better than high-yield in the financial crisis, you’ve seen the opposite with private-equity firms financing about three-quarters of buyouts in the loan market.

Private-equity billionaire Orlando Bravo said he expects a wave of consolidation in the software industry and that it’s one of the best places for investors to put their money to work.

“There is more deal opportunity than there is capital,” the Thoma Bravo co-founder said during a Bloomberg Television interview at the event.

Bravo said the pandemic forced executives and other leaders to think differently about the digital world, noting that technologies already existed to help students and workers operate remotely. “What did the world do?” he said. “They embraced these technologies. We’re not going to go back.”

Lenders are no longer able to take over companies until they’re much closer to dying, according to Michael Patterson, a governing partner at HPS Investment Partners.

“You’ve got to wait for them to literally not be able to pay the electric bill,” Patterson said. “That’s a disaster.”

After a period of entirely remote work during the pandemic, adjusting to a model where employees are in the office part time will involve trial and error, she said.

“The hard question is how to hybrid, so when you begin to think about some people being in and some people being out, it raises all of these questions,” said the chief executive officer of BMO Global Asset Management. “I don’t think we’ll get it right the first time. I think it’s going to be an experimentation process.”

Lower rates, a hunt for yield and more companies going private and staying that way for longer have all contributed to the huge growth in private credit markets, said Mark Jenkins, the global head of credit at Carlyle Group.

Private credit has increased from roughly US$300bil (RM1.2 trillion) to more than US$1 trillion (RM4.16 trillion) over the past decade or so, partly fuelled by banks retreating from lending, he said.

While valuations have risen across the board in all asset classes, especially in equity markets, it’s not a particular worry for lenders.

“That’s a good thing for us from a credit perspective because it gives us a bigger margin of safety for the lending that we’re doing,” he said during a Bloomberg Television interview at the conference.

Oaktree Capital Management co-founder Howard Marks said his son Andrew, who lived with him during the pandemic lockdown, lectured him daily on dismissing bitcoin without knowing enough.

“And he was right,” Marks said.

Marks famously criticised bitcoin and other cryptocurrencies in a 2017 memo. “Nobody has been able to make sense to me of these currencies,” he wrote at the time. “They’re not real!”

In a memo earlier this year, though, the investor’s tone had shifted. The earlier skepticism “has been a source of much discussion for me and Andrew, who is quite positive on bitcoin and several others and thankfully owns a meaningful amount for our family.” — Bloomberg 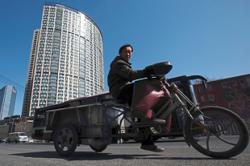 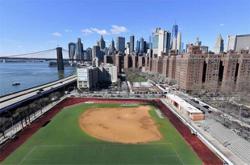