Vegetable prices was the second major driver along with transport costs and fuel prices. (File pic shows people shopping at a mall in New Zealand. - Reuters)

WELLINGTON: New Zealand's Consumer Price Index (CPI) rose 2.2% in the third quarter, beating expectations and surging at the fastest pace in over a decade driven by housing-related costs and other supply constraints, data released on Monday showed.

CPI rose 2.2% in the quarter ending September from a rise of 1.3% in the second quarter, the biggest quarterly movement since a 2.3% rise in the December 2010 quarter, Statistics New Zealand said in a statement.

Annual inflation surged 4.9% compared to a rise of 3.3% in the previous quarter, also the biggest annual movement in more than a decade.

The data beat analysts' expectations in a Reuters poll and forecasts of the Reserve Bank of New Zealand (RBNZ), both of which put the quarterly inflation rise at 1.4%, lifting annual inflation to 4.1%.

The main drivers were housing-related costs, such as construction of new houses and local authority rate, Statistics New Zealand said in its statement.

Vegetable prices was the second major driver along with transport costs and fuel prices. New Zealand's largest city, Auckland, has been in lockdown since mid-August to stamp out an outbreak of the Delta variant of coronavirus.- Reuters 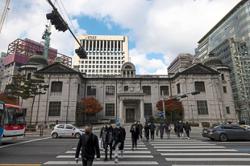