CGS-CIMB Research said Malaysia was in a “more advantageous” position as a net oil and gas exporter. “Globally, an extended oil price shock represents a windfall for producers and a tax on consumers.

PETALING JAYA: The surge in the global crude oil prices is a boon for Malaysia’s revenue and the ringgit’s performance.

This has also raised interest in local oil and gas stocks, as evidenced by the increase in Bursa Malaysia’s Energy index.

On Monday, the international benchmark Brent crude oil surged past US$83 (RM345.58) per barrel, the highest since 2014. This was driven by a rebound in demand as more countries open up their economies, while supply remained tight.

CGS-CIMB Research said Malaysia was in a “more advantageous” position as a net oil and gas exporter. “Globally, an extended oil price shock represents a windfall for producers and a tax on consumers.

“Nonetheless, the distributional effects are dependent on fiscal contributions from the energy sector and energy subsidies at the expense of government finances,” it said in a report yesterday.

“A sizeable oil and gas trade surplus of RM26.6bil in the first eight months of 2021 places Malaysia in a more advantageous position relative to other Asean peers in a rising oil price environment,” it added.

The research house noted the largest chunk of the energy trade surplus was contributed by liquefied natural gas (LNG) at RM21.5bil, followed by crude petroleum at RM3.7bil, and a rare surplus in petroleum products of RM1.6bil.

“Assuming LNG moves in lockstep with oil prices, every US$10 (RM41.63) per barrel increase in oil price improves Malaysia’s current account position by up to 0.4% of gross domestic product (GDP),” it said.

CGS-CIMB has estimated an additional government revenue of RM430mil for every US$1 (RM4.16) per barrel increase in the crude oil price after adjusting for a weaker ringgit against the US dollar. This is higher than the official guidance of RM300mil.

Last month, Goldman Sachs raised its forecast for year-end Brent crude oil prices to US$90 (RM374.75) per barrel from US$80 (RM333.26), as a faster fuel demand recovery and current global oil supply-demand deficit is larger than it had initially expected. The ringgit strengthened against the US dollar, trading at 4.17 yesterday compared with 4.23 in August. 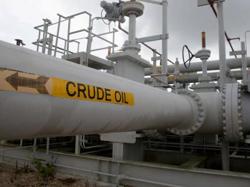 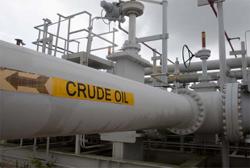