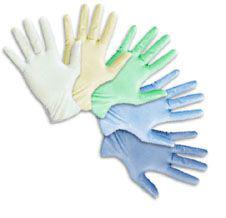 KUALA LUMPUR: Malaysia's benchmark stock index opened on a flattish note on Monday ahead of the tabling of the 12th Malaysia Plan later today.

At 9.11am, the FBM KLCI was down 1.11 points to 1,530.95, displaying vestiges of selling pressure from the previous week even as bargain hunters picked up on sold-down counters.

There will be a series of macro-developments over week, not least of which include the 12th Malaysian Plan which will unveil the economic roadmap for Malaysia with key development initiatives to be carried out over the next five years.

Bank stocks could also be seeing some investor interest over the coming days. Kenanga Research noted in its weekly outlook report that there will be news flow on the government's instruction for finacial institutions to waive interest payments during the loan moratorium period for the bottom 50% income bracket group.

The initiative is scheduled to take effect for three months starting from this Friday.

Meanwhile, Kenanga expects more downside ahead given the negative momentum on the market, although bargin hunters are also expected to provide buying support.

"On the chart, following the benchmark index’s crossing under the 25-day SMA line and the DMI Plus cutting below the DMI Minus indicator, the FBMKLCI could swing sideways – with a slight downward bias – between our immediate

On Bursa Malaysia, tech-related counters remains in the spotlight following reports of unfulfilled demand for semiconductors.

Glove stocks were seen falling further into the red, led by Top Glove down nine sen to RM2.66, Hartalega