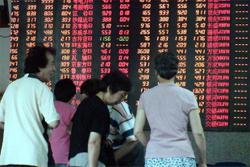 Most would be able to vouch that the stock market is one crazy place. It is at times highly efficient but can be a complete mess.

MARKET irrationality is a concept that is uniquely familiar to the stock market. For those who have been through market cycles over the years, I believe most would be able to vouch that the stock market is one crazy place. It is at times highly efficient but can be a complete mess.

On a long-term basis, it will make sense but the majority of investors are not long-term investors. This means if one gets caught up in the wrong cycle, they may very well lose everything. Conversely, if they are riding a tailwind of the market, they will land a windfall within a short span of time. In the past two years, the stock market has been disrupted in many ways. Apart from the pandemic shock and injection of liquidity by central banks around the world, the influx of retail investors have reshaped the investment landscape altogether.

This brought out a stark contrast in the investment approach towards the stock market. None more so than between “The Big Short” legendary investor, Michael Burry and Ark Innovation ETF (ARKK) CEO Cathie Wood.

Burry became famous because he was among the first to correctly forecast the 2008 subprime mortgage crisis and made more than US$700mil (RM2.9bil) for his investors. His firm, Scion Capital, recorded returns of 489% since its inception in November 2000 until its voluntary closure in June 2008. The S&P 500 returned only 3%, including dividends over the same period.

Wood on the other hand is the latest “Wall Street Darling” as her flagship fund, ARKK, is among the top performers since 2020 coinciding with the pandemic recovery. Burry, on the other hand is a believer in fundamentals. His selection of stocks is premised on 100% margin of safety and the traditional sense of value. Before he rose to prominence from “the Big Short”, he actually also foresaw the 2000s tech bubble and shorted overvalued tech stock netting a 55% return for Scion Capital while S&P 500 fell 11.88% the same year.

He consistently beat the market for the next three years and was managing close to US$600mil (RM2.46bil) before turning his sights to the subprime mortgage market. In fact, Burry was three years early spotting the crisis and some of his investors’ revolted because he wasn’t investing at all. Many pulled out the funds as he opted to load up on credit default swaps (a financial derivative product that hedge against the collapse of mortgage-backed securities) during the hot property market.

Since late 2020, Burry has been warning about the overheated US stock market due to the Federal Reserve’s expansionary monetary policies. The hype of meme stocks, cryptocurrencies and stretched valuations of tech stocks made him commence a bearish position.

Clearly, Wood did not take Burry’s bet against her largest investment and fund in good light. She retorted by saying Burry “does not understand the fundamentals that are creating explosive growth and investment opportunities in the innovation space.” However, the interesting point to note is that Wood started taking profit on Tesla shares, selling close to US$297mil (RM1.27bil) within the past month alone.

This is despite her highly publicised take on Tesla being worth US$3,000 (RM12,562.50) per share. This was not the first contradictory action and statement by Wood. As recent as July, ARKK sold off almost all their tech stocks in China during the regulation wave that impacted her fund performance. She then re-entered China stocks after changing her mind within a space of less than two months.

Both Burry and Wood have their respective legion of fans but a simple comparison on twitter (Burry 622,000 vs Wood 1.1 million followers) illustrates that Wood has amassed a strong following despite Burry having a head start in terms of prominence.

If we look at the situation back home in Bursa, I noticed a particularly fascinating set of correlation to illustrate the paradox mentioned. In the past 17 months, stocks with the word “tech” in their names have achieved a meteoric rise in their share price. The ascend is mindboggling considering most of them having delivered only subpar earnings performance and have somewhat questionable track records. There are also some similarities in the names listed in the second table. They are listed on the Main Market, “tech” or “technology” is part of the name though it may not be within the tech sector. They started moving from end-September 2020 onwards. Unusual market activity queries were issued by Bursa multiple times and profits are paltry, but market capitalisation has ballooned astronomically. Of course, there are a few exceptions on the list with growing earnings and a bright prospect in the mix.

This begs the question of whether the movement of these stocks is truly because of the prospects of the technology sector, or because of hidden forces capitalising on the trend and unsuspecting retail investors. What is more pertinent is the extent of the movement with no reasonable justification besides it being a “tech” stock.

The danger is even more glaring as increasingly more retail investors jumped on the bandwagon only because of the share price movement instead of understanding the rationale behind it. Some retail investors are even questioning the relevance of fundamental investing and are opting to invest their hard-earned money based on rumours, sentiments and “trend”.

In my view, just because the share price of a stock may perform irrationally at this moment in time is not the reason to deny the existence of logic and reason when investing. It is unfair to diminish the credibility of time-tested theories of fundamental investing by virtue of market irrationality.

This is why the world appreciates Warren Buffet, Peter Lynch, Michael Burry and the likes. They are rare and appear to be a culmination of whatever sanity, wisdom and honesty that remain in the stock market. Doing the right thing is never easy, especially when one is going against the mainstream view. It is the same as life. However, if you extend your time horizon, it can be your greatest companion.

Whether retail investors are on the Burry camp or Wood camp is unimportant as it is a personal choice. One should always adopt the approach best suited for themselves. However, when Burry decided to close down Scion Capital after his successful bet against the US housing market in 2008, what Burry said in his final letter to investors may give some context to the paradox in the stock market today. He said “People want an authority to tell them how to value things, but they choose this authority not based on facts or results. They choose it because it seems authoritative and familiar. And I am not and never have been familiar.”

What Burry left out in his letter was the obvious truth whereby many of these so-called “familiar authority” were the perpetrator and accomplice in causing the financial disaster only to be bailed out by the taxpayers’ money. The ultimate price were paid by honest hardworking common people trying to make a better life for themselves. 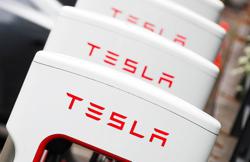