FRANKFURT: Eurozone business activity grew at its weakest pace in five months in September as curbs to limit the Delta variant of coronavirus hit demand and supply-chain constraints pushed input costs to a more than two-decade high, a survey showed yesterday.

Despite daily infection rates slowing significantly over the past month, most remaining restrictions are unlikely to be lifted anytime soon in major economies, including Germany and France, on concerns over how the pandemic might develop in the months ahead.

IHS Markit’s Flash Composite Purchasing Managers’ Index (PMI), a good gauge of overall economic health, fell to a five-month low of 56.1 in September from 59.0 in August.

Although it stayed above the 50 level separating growth from contraction for the seventh consecutive month, it was well below a Reuters poll estimate of 58.5.

“Growth looks likely to weaken further in coming months if the price and supply headwinds show no signs of abating, especially if accompanied by any rise in virus cases as we head into the autumn.”

A sub-index tracking input costs hit 70.5, its highest in more than two decades. That suggests supply distortions – one of the primary drivers of prices throughout the globe over past months – are far from resolved and the trend of higher inflation is here to stay at least for a few months to come.

Indeed, optimism about future output fell to an eight-month low. That contrasts with improving consumer confidence, according to the latest European Commission data.

A PMI covering the bloc’s dominant service industry tumbled to 56.3 in September from 59.0 in August, its lowest since May and significantly below the Reuters poll forecast of 58.5.

New business – a measure that tracks demand in the sector – expanded at its slowest pace in five months.

Also, the manufacturing PMI declined to 58.7 from 61.4 in August, its lowest since February and below the Reuters poll forecast of 60.3.

An index measuring output that feeds into the composite PMI fell to 55.6 from 59.0, the weakest in eight months. 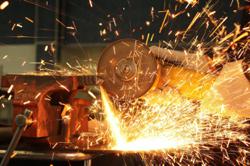 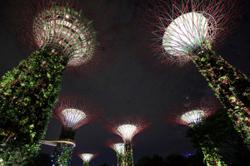