The six economic sectors that the strategic thrusts will be anchoring on are manufacturing, agriculture, tourism, forestry, mining and services.

Of this, GDP contribution from private investment is expected to rise from RM21bil in 2020 to RM61bil by 2030, representing a 10-year compounded annual growth rate of 11.2%. 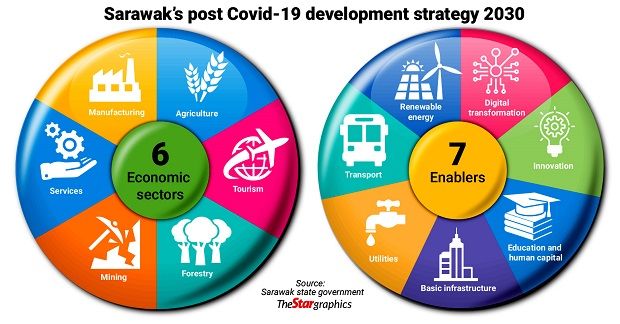 RHB Investment Bank said the PCDS is based on the estimation that Sarawak’s economy will continue to grow at an average of 6% to 8% per year until 2030.

“Despite the uncertainties posed by Covid-19, the Economic Planning Unit (EPU) believes that the state government’s growth ambition of an average of 7% to 8% per year towards developed status under PCDS 2030 is achievable, while projecting the state’s GDP to grow between 3% and 4% for 2021.”

The research house added that the state’s forward-looking initiatives include its bid for a digital banking licence, with support from its own development bank and multimedia authority.

“In terms of funding, the implementation of public projects, such as infrastructure, will continue to receive adequate support from the state and federal budget allocations, with additional reserves from the state’s coffers acting as a buffer.

“For commercial projects, the EPU hopes to rope in more financing by the private sector, including banks and overseas institutions, while acknowledging the limitations in domestic funding.”

“That said, the administration will be selective on its investments going forward, with an emphasis on projects befitting its environmental sustainability goals, as well as high value-added projects which generate high quality job opportunities.”

The research house said environmental sustainability will also take precedence under the PCDS.

“This is another integral aspect of the state’s economic journey, under which the administration ensures that the environment will not be compromised.

“As such, it will prioritise investment and development opportunities which serve to enable its transition towards a low-carbon future, while continuously adopting new technologies and eco-conscious practices to achieve this goal.”

The PCDS will be supported by seven strategic thrusts anchored on six main economic sectors.

The six economic sectors that the strategic thrusts will be anchoring on are manufacturing, agriculture, tourism, forestry, mining and services. 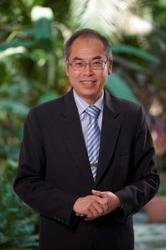 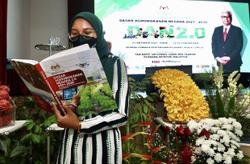