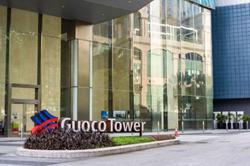 PETALING JAYA: With the full reopening of the construction sector looking possible by next month, builders are slightly more optimistic about their performance in the fourth quarter (Q4) this year.

Upon a full sector reopening, productivity should improve in tandem with the easing restrictions.

This, noted RHB Research, should come with exciting developments on the reactivation of the Mass Rapid Transit Line 3 (MRT3) project.

With works expected to commence during the year, contractors along the supply chain would be able to benefit with better productivity and improved margins from a low base, as they reap higher economies of scale.

“Companies have been guiding for better overall performances in Q4.

“This is especially true as the government has allowed industry capacity to go up to 100%.

“It recently set multi-tier conditions for construction companies to allow them to increase operational capacity from 60% previously. This is only possible by getting more workers vaccinated.

“With vaccination rates reaching higher levels on a daily basis, it is likely that construction firms are able to inoculate at least 80% of their site workers by next month,” the research house said.

This is certainly a better change in fortunes compared to their sluggish performance in Q2.

Overall, RHB Research pointed out that Q2 results came in below its expectations. Among the eight companies that reported their quarterly results, four were below expectations while three were in line.

Only one had beaten expectations.

Meanwhile, the three results that came in line were Gabungan AQRS Bhd

was the only one that beat expectations, underpinned by the higher progress billings recognised in Singapore,” it said.

and Advancecon Holdings Bhd have opted to release their results in September.

Quarter-on-quarter, RHB Research said the results came in weaker due to the low productivity and efficiency under the movement control order 3.0, which was imposed in June.

For certain companies, progress at their sites was slower than expected due to the residual impact of multiple site closures.

Subsequently, the brokerage has adjusted estimated earnings down for financial year 2021 (FY21) and FY22 by 10% and 2%, respectively.

Nonetheless, it is still expecting FY22 cumulative earnings to grow by 32% year-on-year.

It has also kept its overweight stance on the sector given the assumption that the government will continue to adopt key strategies to put the economy back on track.